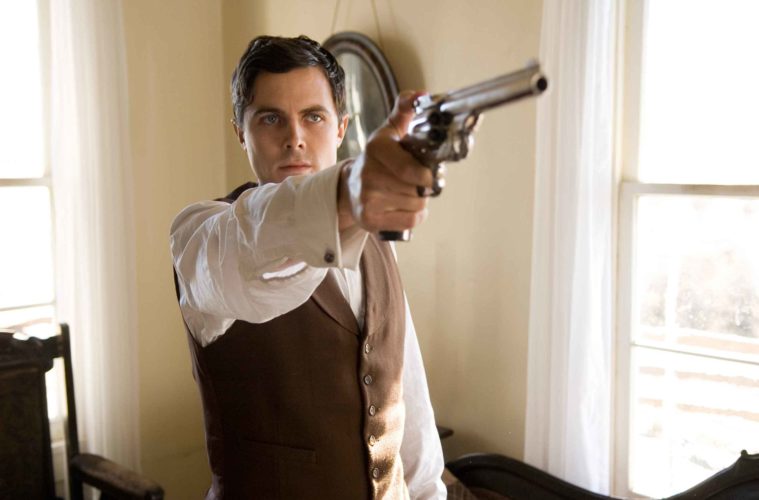 Released in September of 2007, Andrew Dominik‘s The Assassination of Jesse James by the Coward Robert Ford made for one of the finest films of its landmark year — or decade, for that matter. Yet, as plagues so many great films in their day, it failed to connect with audiences. As we cross the six-year anniversary of a release, we’ve been working behind the scenes to give the film the revival it deserves — and, today, we’re thrilled to announce the first screening.

As spearheaded by a fan of the film (and a Film Stage reader), Jamieson McGonigle, a screening of the film is set for December 7th, 2013 at The Museum of the Moving Image’s Sumner M. Redstone Theater, followed by a Q&A with Dominik. This announcement is just the beginning of much more to come for the Jesse James Revival, something we hope will kick off more screenings in repertory theaters and venues across the country and, possibly, beyond.

Stay tuned in the coming weeks as we’ll be posting more features related to Jesse James and the screening. Tickets are now available to MOMI members for $12, and then they’ll be available for purchase by the general public on Sunday for $20. One can check out the full press release below and any inquires — particularly if you’d like to see a screening in your town — can be sent to the official e-mail or shared with the official Twitter & Facebook pages. Inspired by a Museum member and presented as part of the series See It Big!, the screening kicks off “No Eulogies” effort to revive Jesse James

Saturday, December 7, 2013
Astoria, NY, October 18, 2013—Museum of the Moving Image, working with a longtime Museum member, will present a rare big-screen showing of the 2007 Western The Assassination of Jesse James by the Coward Robert Ford, starring Brad Pitt, Casey Affleck, Sam Rockwell, and Sam Shepard, with director Andrew Dominik in person.  Arguably a cult favorite since its release, this masterful and magisterial film was described by Star-Ledger critic Stephen Whitty as an “epic film that’s part literary treatise, part mournful ballad, and completely a portrait of our world, as seen in a distant mirror.” The screening on Saturday, December 7, at 6:00 p.m. will take place in the Museum’s Sumner Redstone Theater, with the post-film conversation moderated by Chief Curator David Schwartz.

“Jesse James is the thing that I’ve done in my life that I’m most proud of,” Dominik said. “I think it’s a movie that really benefits from being on the big screen, and I love the idea of it having some further life on the big screen.”

Thanks to the persistent urging of devoted longtime member Jamieson McGonigle, the Museum agreed to screen the film as part of its ongoing series See It Big! and director Andrew Dominik agreed to travel from Los Angeles to present the film.

“This is the first time that the Museum is presenting a film with the director in person, as the result of a request by a member,” said Schwartz. “It’s unique that an individual fan would try to organize something like this, to go out and track down the director; I admired all of that. This is a movie that quickly developed a following. It seemed to be a cult movie almost from the beginning and it clearly struck a chord. We think we’ll have a full house with many of the film’s most ardent fans in attendance.”

“The first time I walked out of Jesse James on opening night here in New York at the Angelika Theater, I felt really strongly that it was something classic and timeless,” said McGonigle. “The Museum is a special place to me, a place that is personal; I’m getting married right there on the theater stage in January and I’ve been a member there for ten years. I love that it’s full of historical film artifacts, and the idea of doing this screening at a place with that sort of history in its galleries while we watch the movie in an intimate setting seemed like the perfect way to kick off a revival.”

“Rooms seemed hotter when he was in them, rain fell straighter, clocks slowed,” is how the legendary bank robber is described in The Assassination of Jesse James by the Coward Robert Ford. Casey Affleck is the awkward young acolyte whose life becomes dramatically intertwined with the charismatic criminal, who is played by Brad Pitt. The film, based on the novel by Ron Hansen, was released by Warner Bros. in 2007 (160 mins.). It will be shown in DCP format, as preferred by Dominik as this version most closely matches his intentions from his original digital intermediate of the film.

This screening of Jesse James is part of the November–December season of the Museum’s ongoing series See It Big!, a special edition devoted to “Masters of Cinematography.” Stunningly photographed by the great Roger Deakins (No Country for Old Men, A Beautiful Mind, Skyfall), Jesse James is conceived as a reflection on the past, filmed in a series of beautifully realized tableaux.

Tickets are $20 public / $12 Museum members and free for Silver Screen members and above. Museum members have an exclusive window to purchase advance tickets. Tickets will go on sale to the public on October 20. For information about Museum membership and to join, visit http://www.movingimage.us/support/membership.

The “No Eulogies” Jesse James Revival is dedicated to cementing The Assassination of Jesse James by the Coward Robert Ford as a classic and a staple of repertory cinema. Join the Revival online on Twitter (@JesseJamesRev), Facebook (facebook.com/jessejamesrevival), and at www.JesseJamesRevival.com. Would you like to see The Assassination of Jesse James by the Coward Robert Ford come to your city?