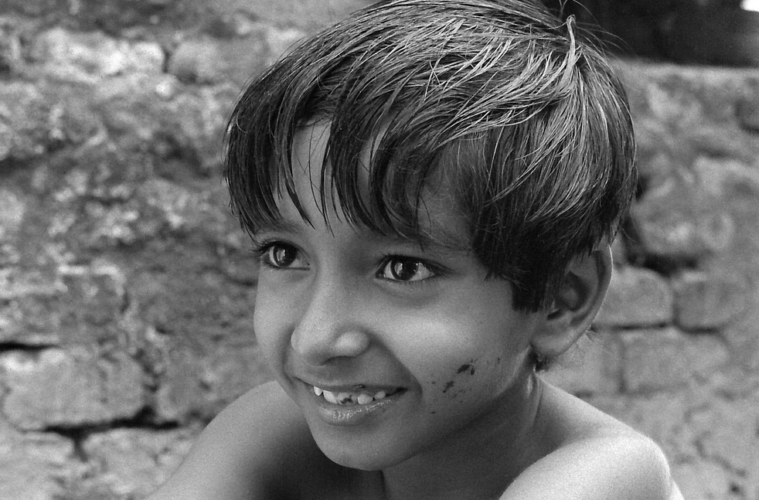 The 60-Year Journey of Satyajit Ray’s ‘The Apu Trilogy’

Although it premiered 60 years ago this week at the Museum of Modern Art, Satyajit Ray‘s Pather Panchali remains among both the most accomplished of debuts and cinema’s most universally relatable experiences. Accentuating the basics of human emotions to result in the most complex of reactions, Ray’s subsequent trilogy of films follows the hardships of a Bengali boy as he passes into adulthood, a delicately powerful tale of transition that’s now been gloriously restored. Thanks to Janus Films, new 4K restorations of the the trilogy — also including 1956’s Aparijato and 1959’s Apu Sansar — will begin to screen this Friday at New York City’s Film Forum, followed by an expansion throughout the coming months, culminating in a release by Criterion.

Ray, who began his career working in graphic design and advertising, first came across Bibhutibhushan Bandyopadhyay‘s novel Pather Panchali upon being assigned to illustrate a version geared towards children. Though immediately taken with the material, little did Ray know that the illustrations he created would eventually transform into storyboards for his debut. A Sight & Sound subscriber who developed the first film society in Kolkata (with Battleship Potemkin being their inaugural screening), he fostered a deep passion for cinema. In the meantime, Ray started to write his own screenplays adapted from novels for forthcoming films to eventually compare with the finished version. He even tracked down Jean Renoir while in Kolkata while the helmer was location-scouting for his first color feature, The River, and Ray described his ideas for making a film based on the novel.

The budding cinephile would’ve likely worked on Renoir’s film if not for a business-oriented, six-month move from Kolkata to England with his wife, Bijoya. Thanks to the expanded access to arthouse cinema, it was there he watched Vittorio De Sica’s landmark neo-realist drama Bicycle Thieves (amongst nearly 100 other films), which had a critical impact on his career. Astounded by the on-location shooting, amateur cast, and low-budget approach, he said the film “is a triumphant discovery of the fundamentals of cinema and De Sica has openly acknowledged his debt to Chaplin.” Ray would write the treatment for Pather Panchali while on his return trip to Kolkata, and the film would eventually be shot and edited over three years, a production prolonged by funding issues.

As it was near completion — with the backing of John Huston, who saw a collection of scenes while location scouting for The Man Who Would Be King –the film was programmed for a MoMA premiere. A pair of non-stop post-production sessions — one amounting to eleven hours for the legendary Ravi Shankar to create the score, and another ten-day stint of final editing and creation of a print for Ray and his editor  — resulted in a resounding success for the first audience in NYC, who viewed the film with no subtitles, as there was no time to create them.

In the 60 years since its premiere, The Apu Trilogy‘s journey has been one mired, not unlike its protagonist, in an array of struggles. Ahead of presenting an honorary lifetime achievement Oscar to Ray in 1992 (he would pass away less than a month later), The Academy came up disappointed when searching for high-quality materials to broadcast. His death spurred intentions to restore much of his films, but plans were halted a July 1993 fire in London’s Henderson’s Film Laboratories caused the original negatives of The Apu Trilogy to be badly burned and thought unusable. For the better part of two decades, The Criterion Collection’s Peter Becker attempted to wrangle the various rights, and finally, with all materials gathered, they moved forward with a restoration in 2013.

Although the negatives were extremely fragile, Bologna’s L’Immagine Ritrovata spent thousands of hours rehydrating the film, rebuilding sprocket perforations, and removing melted portions due to the fire, followed by six months of digital restoration work by Criterion. Becker tells Indiewire, “By the time we’re done we had about 40% of usable surviving elements for Pather and 60% for Aparajito.” Apur Sansar‘s damages were beyond repair, so a fine-grain master and a duplicate negative were used. For what they were able to salvage from original negatives, Becker said, “That’s a big deal. The imagery is gorgeous. And other heroic people saved replacement materials that were also very high quality. There’s something almost sacred about an original negative. You can just feel it. To have preserved that much of it is amazing and would not have been possible if people hadn’t saved the films.”

Having recently viewed all three restorations, I can say that the results are stunning. Perhaps the trilogy’s most iconic scene, capturing Apu and his sister Durga’s initial encounter with the modern world (the first scene Ray shot, saying, “one day’s work with camera and actors taught me more than all the dozen books”) now arrives with a greater sense of awe because of the immaculate detail. By delicately building his characters throughout the trilogy through tender moments of both joyous interactions and painful revelations, the level of emotion Ray yields is exceptional.

Backed by Shankar’s transcendent score and striking images from cinematographer Subrata Mitra (whose beginnings as a still photographer leads to radiant compositions), this is a trilogy that captures multitudes of the life experience. As an audience, we may be thousands of miles away from this culture, yet Ray proves with his humanistic, meticulous touch that the nature of humility can help us endure life’s tragedies. Heralding the end of an arduous journey, this restoration of The Apu Trilogy is the summer’s essential cinematic event.

The Apu Trilogy is now available on The Criterion Collection.