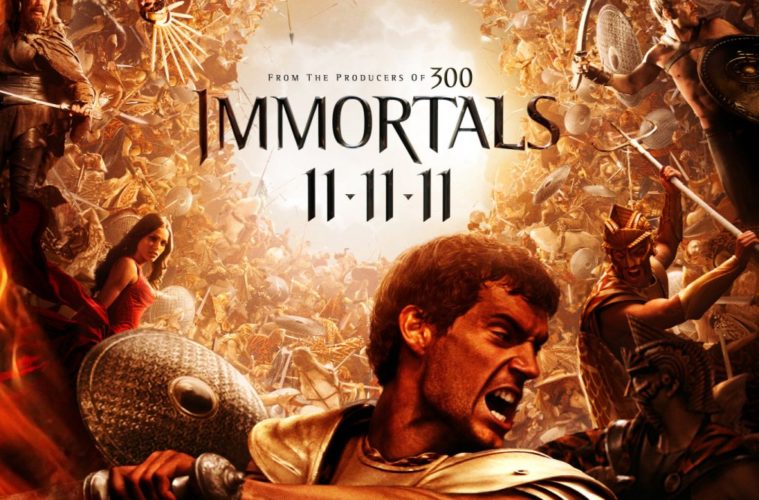 The trailers keep coming for Tarsem‘s upcoming swords and sandals epic Immortals. After the first two trailers brought us into this world, the latest one is filled with the most action yet. I’m finally sold on the set design, since it allows The Fall director to play around with his lush visuals more freely than if it were shot on-location. Henry Cavill, our new Man of Steel, leads the ensemble that includes Mickey Rourke, Freida Pinto, Stephen Dorff, Luke Evans, John Hurt, and Kellan Lutz. Check out the new trailer below or by heading over to MSN. What do you think of this latest trailer?