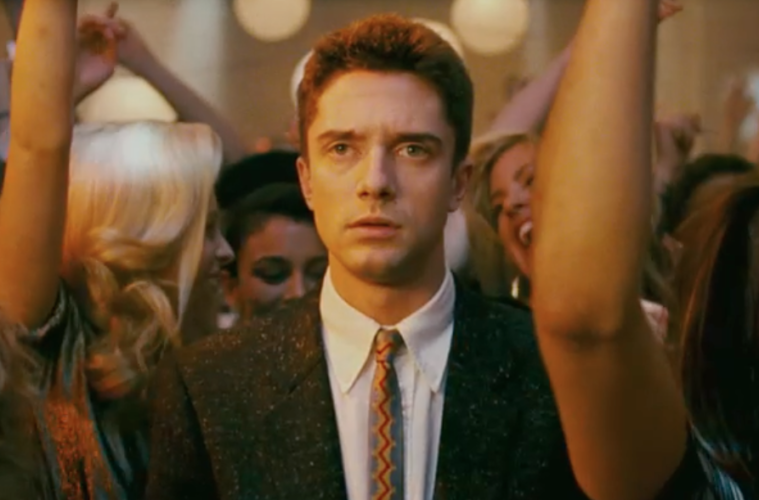 Michael Dowse‘s Take Me Home Tonight is one of the longest-shelved films in recent Hollywood history. By the time it hits theaters, it will be nearly four years since it wrapped production. Previously titled Kids In America, as well as Young Americans, the coming-of-age comedy recently had a trailer premiere and finally, a release date set for March 2011. But why the long delay?

Producer and star Topher Grace recently spoke to MTV, and revealed that the heavy drug use in the film caused the delay. Grace and Dowse wanted to “do something that felt like it was literally made in the ’80s” and not a parody of that generation. Grace believed it wouldn’t be the 80’s without heavy cocaine use, so there was “real hesitation” on part of the studios. The film ended up sitting on the shelf until Ron Howard and Brian Grazer of Imagine Entertainment came to the rescue. They even ended up “putting stuff back” in the film, rather than having to cut. I saw the film at a test screening last week, with no embargo, NDA, nada. I’ll share my brief thoughts below.

Going in, I had no idea it was going to be a heavy R-rated comedy, so that was a delight. After a shaky first act, mostly due to odd brother/sister chemistry with Anna Faris and Topher Grace, the film kicks into high gear and doesn’t let up. While I definitely saw an unfinished cut, as the title Kids In America was still attached, it looked nearly finished.

They absolutely nailed the ’80’s vibe they were going for and there is a surprising amount of heart to the relationship between Grace and Teresa Palmer. Dan Fogler as our comedic sidekick has a few duds, but for the most part he is hilarious. He is the one heavily involved with the cocaine use, if you couldn’t tell from the trailer. Most impressive is Demetri Martin‘s cameo. Every single line he delivers had me in stitches.

The film doesn’t break any new ground for the comedy genre though, and one can immediately see another reason why they pushed it back. Superbad came out in August 2008 and they both cover similar territory. Take Me Home Tonight still delivers an energetic, well-crafted, and satisfying one-night-out comedy. I’d recommend checking it out come March.