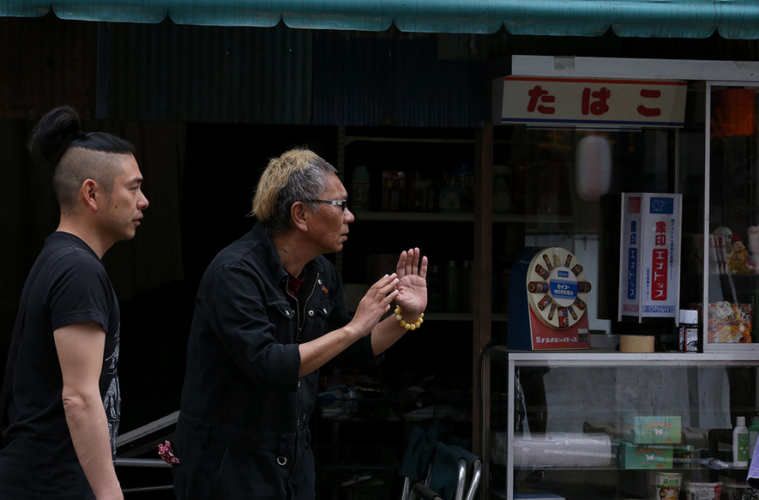 Being provided with the opportunity to talk to Takashi Miike, on the occasion of his latest film — the “crazy”-if-somewhat-languid vampire gangster blow-out Yakuza Apocalypse — is a tricky proposition. For someone with that kind of prolificacy, how can you keep it to just one film? However, we tried to talk to him about ostensibly everything surrounding his fascinating career, and one can check out the full conversation below.

The Film Stage: You’re noted for how many films you make — usually two or three a year. Do you still find it easy to make that many?

Takashi Miike: There was a time when I made five or six movies a year, but those were really low-budget ones — the shoots would only take 2 weeks or so. But now I take about two months to make one film, and next year it should be the same pace.

For me, the audience — the people who watch the movies — are the ones who determine what movies are going to be made. I’m not really a scholar myself, so I’m okay to agree with Kurosawa’s analysis, and, if he says it, it must be correct. However, personally, I’m the type that goes with the flow.

I know at one point you’d been planning to make a film in America. What happened with that film and are there any other countries you’ve considered making films in?

I can’t change myself. If I work in a different environment with a different staff it’ll bring something new out of me. I have a strong desire to make movies in a different country. But, to get back to your question about the American project: I did have one and to tell you how difficult it is to bring these things to reality; I had two or three opportunities to make movies in the U.S., but they didn’t really become a reality. One of them went as far as being one month from the beginning of shooting. We had done the casting in Japan and all that but it became cancelled. And why? Well, I’m not really sure what the reason was, but there’s an actor called Tom Hardy — he starred in Mad Max — and, at the last minute, he pulled out. Those are things that happen, and it’s very difficult to make those kinds of international collaborations a reality.

Speaking in regards to Yakuza Apocalypse, I see this as a film that’s challenging — or rather making fun of — masculinity and masculine rituals. Do you see masculinity as a running theme in your films?

Masculinity, symbolizing strength, and no matter what the reason — the reasons might be many — the fact that they do not back off from anything and do not run away from anything. Those are things that I don’t necessarily have myself, so I feel a strong yearning for those kinds of things, and that’s why I have it in my movies.

There’s a few films in your career that you’ve written. I think the most recent was Lesson of the Evil. What inspires you to occasionally write some of your own films, and do you want to do it more?

With the movie you just mentioned, Lesson of the Evil, I really loved the original book, so when a script was made out of it, and I read that script, it had become something completely different from the original. There was a love story in it and it was really concerned about making the film more accessible or more easy to watch. I thought that was a huge sign of disrespect towards the original work, so that’s why I decided I had to realize the script myself. So, to get back to your original question: if it was an easy process I would do it more often, but it’s really, really hard. So unless I’m really compelled, or I have to do it, it doesn’t happen.

When Yakuza Apocalypse premiered at Cannes, I know you did a video introduction dressed as a geisha. What was the impetus behind that?

In Cannes, there is this Director’s Week [Director’s Fortnight] that’s kind of like Midnight Madness, where people come and really expect the presence of the director, and I couldn’t go. I felt really bad about not supporting my fans, so I thought I should do something that’s not just a video message. I want to entertain them; I want them to have a good time watching it. It wasn’t really supposed to be aired on the Internet and the producer said could we put that as a special feature on the DVD and I was like no, no — that wasn’t really the idea. It was for the people who would come to that Cannes premiere.

I know you were taught in film school by the great Shohei Imamura. How did he shape your work?

It wasn’t really the work that taught me, it was more following him as his assistant that he taught me a lot. I can’t really say it’s directly reflected in my work per se; it’s more how I approach filmmaking and my relationship with the filmmaking. He taught me that there is a unique relationship between the director and the film and that there are no set rules. You have to develop your connection, your own interaction with the film, and even if I wanted to make a movie like Black Rain, I couldn’t because I’m not him. He taught me that I had to be myself when I was making films.