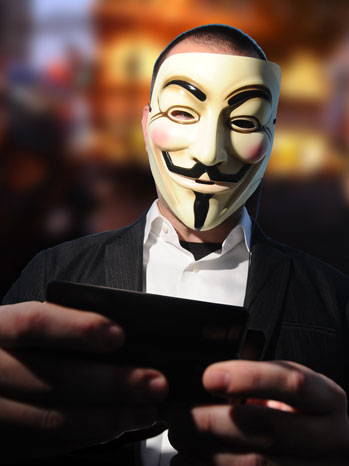 [SXSW Review] We Are Legion: The Story of the Hacktivists

We Are Legion: The Story of the Hacktivists is the second of two documentaries screening at SXSW that deal with the notion that “information wants to be free” – along with Wiki Leaks: Secrets and Lies. Unlike Wiki Leaks, which has a head figure, the international collective Anonymous, famous for DoS (Denial of Service) attacks is a collective without a leader and at times with a disjointed mission. Not all hackers are activists, and we learn even within the 4Chan community which saw a group of like-minded international individuals come together, some of those that were hacking for socially conscious reasons were branded “MoralFags.”

Brian Knappenberger’s documentary is comprised of voices mostly not seen on the PBS NewsHour, the hacktivists themselves. Tose that are “out” (usually as FBI targets) speak unmasked along with a interviewees recorded via Skype, in locations they choose not to disclose. The movement isn’t about one person, as a collective they collectively engage in acts of protest or disruption often leading and ironically silencing the media, including hacking and posting false information of PBS websites. We Are Legion chronicles a few campaigns of Anonymous from a series of Denial of Service attacks on servers of white supremacist podcaster Hal Turner to a campaign against the Church of Scientology. The focal point the Scientology campaign, again, was the notion information should be set free, by all means necessary – thus issues a battle of 1s and 0s as those that offend Anonymous are taken offline, including those that threaten a form of counterinsurgency.

The film’s point of view is less than neutral but relevant as the voices of Anonymous; an important and influential group of angry global citizens that get out from behind the screen and takes to the streets. Still, the problem like Wiki Leaks: Secrets and Lies is that it lets the hacktivists off somewhat easy. I suppose with no leader there’s not much accountability, but the hacktivists themselves spread disinformation on PBS’ websites, perhaps upset they were not given a voice on a mainstream news broadcast. It is difficult to put into visual terms something communicated in 1 and 0s, but the content and history contained within Knappenberger’s documentary is valuable and its execution is, like Anonymous, somewhat disjointed.