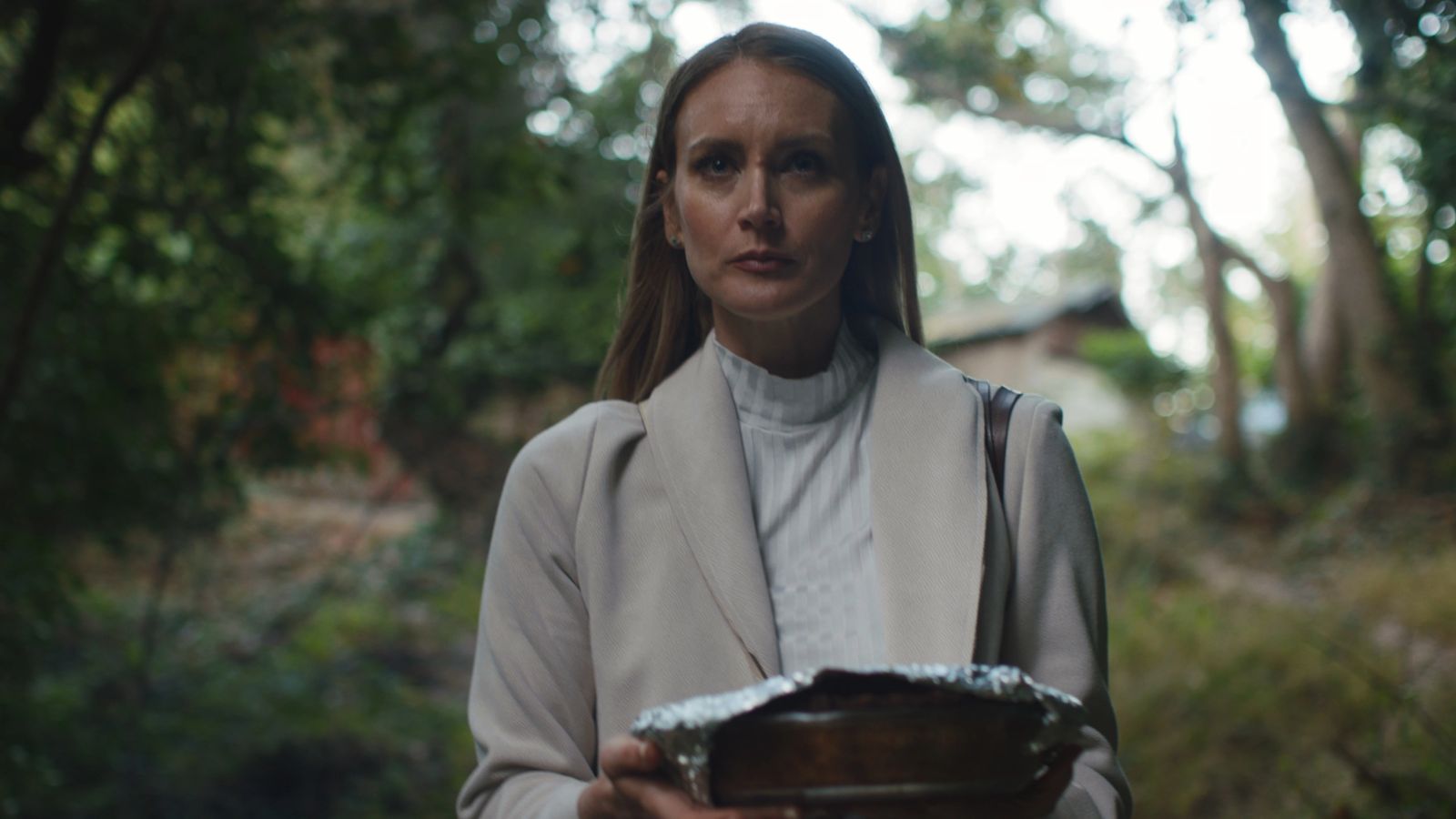 Warning: Some spoilers ahead.

Told in real-time across one (seemingly) unbroken shot, Beth de Araújo’s Soft & Quiet is perhaps the most provocative film to screen at SXSW this year. If it doesn’t quite fit the bill as a traditional horror film, that doesn’t mean there isn’t terror lurking under its surface. Speaking after the screening, de Araujo said her intention is to have the audience witness a hate crime play out in real-time. The film is much more—it’s a political indictment of the kind of frank, racist conversations that can play out amongst a group of like-minded (awful) individuals who are careful to moderate their tone. It’s the kind of wink, wink, nod, nod, coded language used to pull moderate voters into your cause—be it a politician in a sweater vest or a soccer mom in Target is saying it, is it that bad? Don’t they speak for all “Americans,” Tucker Carlson?

The first half of Soft & Quiet is quite brilliant, balancing outrage in a kind of comedy of bad manners as four women in a small rural town meet and outline their objectives for the future of their organization, the Daughters for Aryan Unity. These include fighting multiculturalism and the general “woke” agenda by starting their own school while also finding suitable men for two of the group’s single women. They seem to “self own” at a few turns, leading to a conversation about morality rates amongst Black and Latinos that is discussed in the documentary Aftershock (also screening at SXSW). They dismiss it as the fact they, the white folks, just have “better doctors.” To say Soft & Quiet is designed to get your blood boiling is an understatement—it makes its intentions very clear when a pie for the meeting is unwrapped, revealing a swastika.

The group is led by Emily (Stefanie Estes), a public school teacher who in the first few moments receives some personally traumatic news before comforting a boy with a lesson about being assertive. She then heads to her meeting, pie and all, to join Leslie (Oliva Luccardi), an ex-convict getting her life back together; Kim (Dana Millian), a convenience store owner with a gripe about the way her patrons act in her shop; and Nora (Nina E. Jordan), a single woman who has been passed up for a promotion at work and blames everyone else.

The second half morphs into something equally as shocking, rhetoric turning into action and the film running off the rails in a way that had some in the audience sobbing. Soft & Quiet is a difficult film to process and review. While provocative and cruel in the ways filmmakers like Haneke and Noé generally operate, it is perhaps somewhat easier to analyze their work when it’s calling attention to the artificiality of cinema. Soft & Quiet instead holds a mirror to society, showing just how easy it is through groupthink to go down a rabbit hole from which it’s impossible to return.

Ultimately, Beth de Araújo’s impressive debut feature probes the cultural current, horrific ideas distilled into concepts that are easier to digest for the right mainstream (rebranded as things like “parental rights” or “America first”). For others, it may be viewed as irresponsible, especially since the victims of the group are Asian-American women.

On one hand, it’s provocative by design and doesn’t shy from the cruelty of the ideas and actions. It ought to come with a trigger warning more than a spoiler alert. Only one character —Craig (Jon Beavers), Emily’s husband—is somewhat more level-headed in trying to stop the snowball from creating an avalanche; he’s practically dismissed as a “cuck” by his wife for even second-guessing what they’re about to do.

As viewers who make it through will notice, the film plunges into the kind of brutal territory that transcends entertainment and voyeurism, but the cruelty of seemingly “normal” women is perhaps the point Soft & Quiet is trying to make. The monster is lurking, and while the person you heard overselling that racist joke at the next table at Applebees may not ever commit a violent act, would they in some other ways be complicit?

Perhaps it’s the structure that makes it so effective, yet so limiting. Watching the groupthink play out in real-time, in an unbroken shot masterfully executed by DP Greta Zozula, exposes it all, from a casual conversation to initiation in the real world to a brutal “prank” (in their minds) gone horribly wrong. It also limits us from knowing more about the conditions that created these individuals and from gleaning details regarding this small town. Lastly, the “one-night” structure, ending in practical darkness, also makes the film feel incomplete. But I suppose that’s the point. If there’s a sequel I’d imagine Emily will have started her own school and would be a regular guest on The Ingraham Angle.