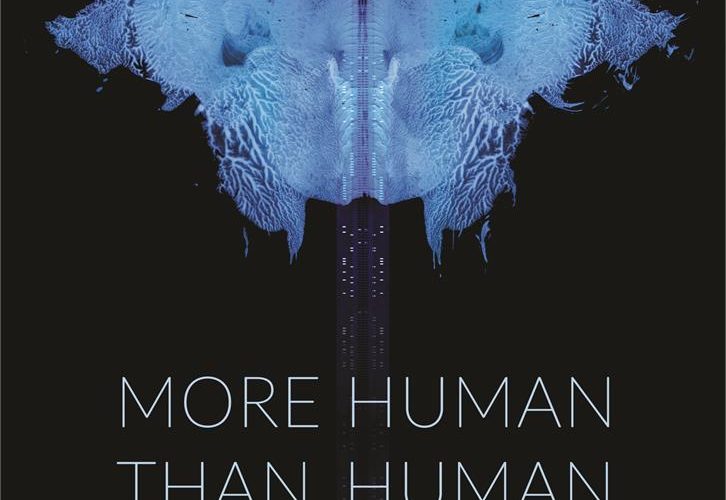 One of the ideas of More Human Than Human, directed by Tommy Pallotta and Femke Wolting, is to have a computer replace a filmmaker, asking participant questions and adjusting their camera movement to match the particular scene. To reveal what happens may just spoil the movie, but we’ll leave it at that. Pallotta–a frequent collaborator of Richard Linklater (who appears on screen to show enthusiasm for the filmmaker’s collaboration with scientists at Carnegie Mellon’s Studio for Creative Inquiry)–has a goal is to put documentary subjects at ease by removing the crew, like a high-tech, AI cross between Errol Morris’ Interrotron and StoryCorps app.

This is just one passage in a brisk documentary by Pallotta (often on camera) and Wolting (nowhere to be seen) who are fascinated by the psychological effects of technology. It’s hard not to think of the sitcom Taxi when a London bicycle messenger tells us how her workplace culture has been interrupted by app technology. Gone are the days of a boss, human performance reviews, and co-workers; her dispatcher is now an app and her reviews are determined by GPS data and how many stars a customer gives her.

Inspired by Brian Christian’s study The Most Human Human: What Artificial Intelligence Teaches Us About Being Alive, the filmmakers set out on a cross-country and international journey highlighting the effects of AI, guided by Christian’s inquiry that if we have a trove of information and services at our fingertips, how might it effect human interpersonal communication. The film introduces us to Eugenia Kuyda, who lost her friend Roman in a freak accident. Roman’s research interests included the preservation of memory, transforming the common funeral into a celebration of remembrance and memory–and that is just what Eugenia does. Building an algorithm based upon their long history of texts, emails, and exchanges she recreates his personality into a virtual chat-bot that she later finds herself interacting with at a party.

After interviewing experts and collaborating with scientists, More Human Than Human documents both constructive technology and those that are downright destructive. While the faces of certain robots do reach an uncanny valley-like degree of creepiness, there’s a certain limit to how much machines can and do adapt to the cultural norms. Presented without the dry witty, self-deprecating, philosophical tone of Werner Herzog’s best inquiries, which would find ironies Pallotta and Wolting barely look for, More Human Than Human is an oftentimes fascinating, ambitious documentary that opens up the pandora’s box to a general audience. Making an academic conversation more accessible, it quickly dives into several intersections between technology, humanity, and art, each perhaps worth of their own half-hour TV show. Like the scientists, practitioners, and artists featured here, More Human Than Human is just scratching the surface, and that’s exciting enough.