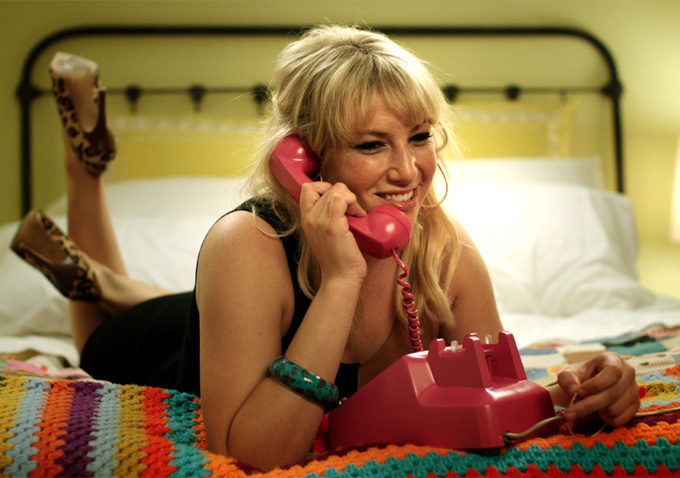 After bit parts in comedies like Youth in Revolt and Nick and Norah’s Infinite Playlist, Ari Graynor is getting her first much-deserved lead role in For a Good Time, Call…, the narrative feature debut from popular short film director Jamie Travis. Co-starring with writer/producer Lauren Miller (learning a bit of her style from husband Seth Rogen), this phone sex comedy is enjoyable but opts for fast-paced crudeness when it could have used more focus on the relationship between its leads. Last seen together as mortal enemies in college, the duo are obligated to become roommates through their gay best friend (Justin Long). Katie (Graynor) has many odd jobs, one including a late-night phone sex operator. One day, Lauren (Miller) discovers the secret and sees the business opportunity available, jumping in as manager as they launch their own personal hotline. Travis’ experience in the short film world is certainly carried through here as there is rarely a dull moment, with many montages as he keeps a vibrant aesthetic.

But when it comes to the end, there is a catharsis in the relationship that isn’t fully realized due to the relatively light tone established in the beginning. Many of the humor is derived from women saying naughty things, instead of being inherently funny. While I was impressed by Graynor and Miller (as well as a few secret cameos) For a Good Time, Call… should have dialed down on the raunchiness in order for a more affecting story. I recorded some more thoughts with Germain Lussier of /Film, which can be watched below.