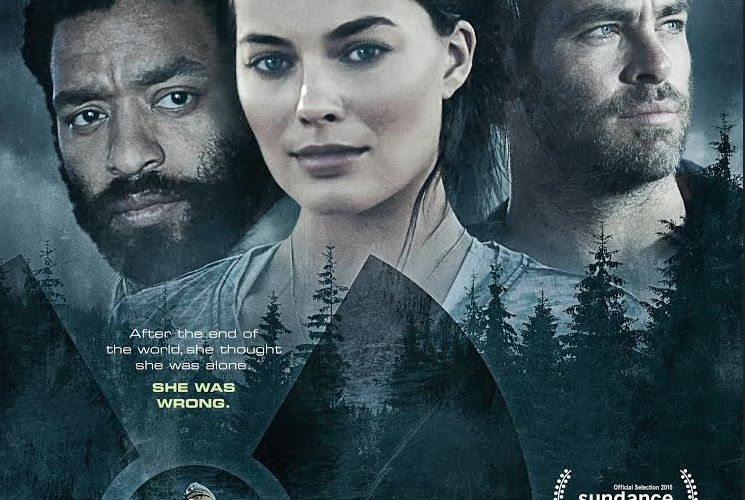 At the opening of Craig Zobel’s Z For Zachariah, it’s the end of the world and there is a woman surviving on her own. That woman’s name is Ann (Margot Robbie), and she lives on what was her father’s farm in a valley that has somehow avoided the radiation that has caused this apocalypse.

It’s when the men enter the picture that things start getting complicated. First we meet Dr. John Loomis, played by a brooding Chiwetel Ejiofor. Loomis is a man of science, determined to rebuild by any means necessary. And while his staunch scientific stance clashes with Ann’s deeply religious views (her farmer father was also a preacher), the two become fast friends and lingering romantic partners. After all, who else is there?

Cue Caleb, played by Chris Pine, a fellow survivor and someone from the same town as Ann, who harbors similar religious beliefs.

Zobel shook Sundance up three years ago with Compliance, a controversial feature that explored the depths of evil under the cloak of authority. Zachariah is nowhere near as pointed, but then it doesn’t set out to be. Once the trio is in place and living together, the film serves as a not-so-subtle amalgamation of biblical allegory wrapped in 50’s sci-fi plot devices. Belief in God and belief in self clash amongst these three, and the tension works. A smart and snappy script from Nissan Modi adds layers to its characters throughout, keeping the viewer engaged as it moves to something of a foregone conclusion. Some moments hit better than others (there’s a bit about Ann’s younger brother that’s basically a telegraphed pass to engineer additional conflict), but overall the narrative holds sway. Robbie excels here, anchoring the film with a performance that’s equal parts, brave, hopeful and naive. The young actress has a big couple of years ahead of her (Focus opposite Will Smith this year, Tarzan and Suicide Squad next), and this film certainly makes a case for her potential staying power.

Pine cashes in on the swath of weirdness he’s been able to infuse in recent films (Stretch, Horrible Bosses 2), playing Caleb as someone who one never feels completely comfortable to be around. As the all-but-certain love triangle hardens and then cracks, each character reveals themselves bit by bit. And though there be melodrama, Modi and Zobel never talk down to the audience. Thankfully, the film’s reach does not exceed its grasp, remaining an entertaining microcosm of that universal extinct to keep going no matter what. According to Zobel, the strong survive and the praying comes after.

Z For Zachariah premiered at Sundance Film Festival and opens on August 28th.