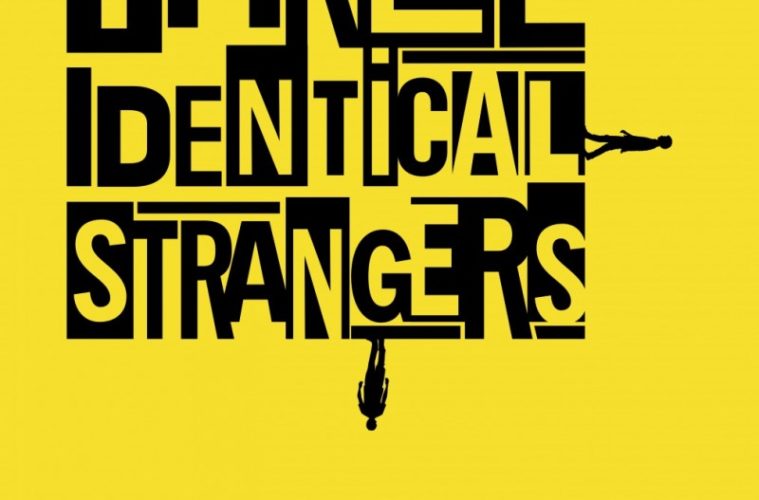 Three Identical Strangers tells an interesting story well, without too much artistic flourish but at the same time not getting in the way of that story or overstaying its welcome. Director Tim Wardle lays a lot on the strength of the events he’s covering, and they are indeed compelling enough on their own to hold your interest. The flipside of this is that the film has little power outside of a first viewing. It’s the kind of doc you’re best off walking into knowing as little as possible about, because possessing key details could legitimately lessen your enjoyment.

The movie’s strongest aesthetic asset is that it at first appears indistinguishable from any daytime TV heartwarming true story news segment. Which makes sense, since the events in question started out as fodder for numerous such news stories in the early 1980s. On his first day of community college, Bobby Shafran found that everyone was mistaking him for someone named “Eddy Galland.” It wasn’t long before Bobby and Eddy, both of whom were adopted, determined that they were identical siblings separated at birth. And then, when that made the news, a third young man, David Kellman, found out he had apparent doppelgangers out in the world. Identical triplets, separated at birth. The trio became fast friends, made the rounds of the talk show circuit, and even had a cameo in Desperately Seeking Susan.

The doc stays in this happy-go-luck, gee-whiz tone for around 20 minutes before delving into the questions raised around the triplets’ separation. From there, it piles on one remarkable twist after another, each of which makes this initially happy-seeming story darker and more disturbing.

The doc unfolds via the traditional talking heads and archive footage format, occasionally injecting reenacted segments to cover events without any direct documentation. That these sections are so infrequent and concentrated mostly in the first half of the film make them feel more incongruous than like organic parts of the narrative. The movie’s most baffling strategy is to do a sort of Usual Suspects flashback montage every time a big twist comes, which sometimes means lines of dialogue we heard only minutes before are repeated for us. (In the moment, I was more intrigued by the twists themselves, but in retrospect this technique makes them almost more silly than shocking.)

The story of Three Identical Strangers poses fascinating questions about nature vs. nurture, but the film is more interested in definitively asserting that “nurture” is more important than in delving into those questions. It is in the end most invested in mass consumption, and doesn’t seek to challenge the audience’s notions about free will, instead content to just stun them over and over with information anyone could find out with a Google search. Like its conventional filmmaking, this too ensures a lack of long-term staying power.

Three Identical Strangers premiered at the Sundance Film Festival and opens on June 29.