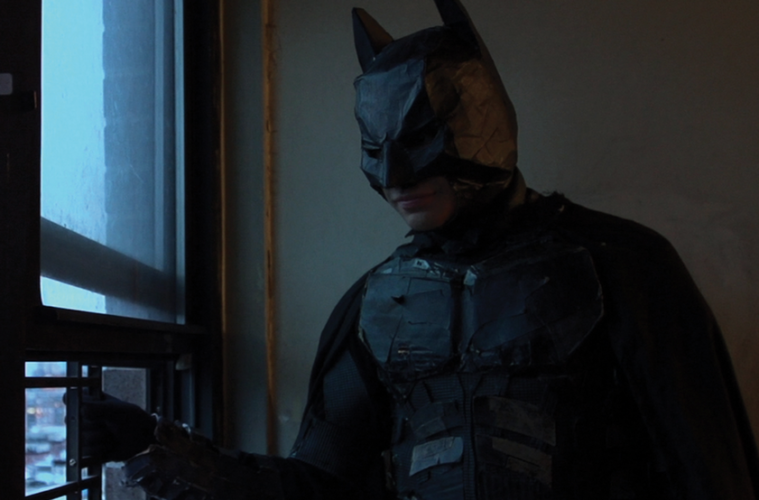 Growing up one can often feel sheltered from the outside world, whether its through parental restrictions, lack of a social life, or the location of one’s upbringing. The Wolfpack, a captivating new documentary from director Crystal Moselle shot over five years, captures an environment in which that idea is taken to the outright extreme.

Raised in the Lower East Side of Manhattan, or rather a single apartment in the Lower East Side of Manhattan, the six Angulo brothers (and one sister) live an exceedingly sheltered life. Since they were born, they’ve only left their home for at most nine times a year, and in some years, never. To keep busy, they have a collection of thousands of films in which they repeatedly watch TV, transcribing them frame by frame and creating lavish scripts that they will then extravagantly (and frugally) bring to life in their own creative way.

The question on the minds of most viewers will not simply by how this situation came to be, but under what conditions it persisted. Although often retreating to his bedroom, through direct interviews and that of his children we learn more about this through their conceited father, Oscar Angulo, who worshipped Krishna and wanted to create his own “tribe.” Since coming to New York City from Peru, he reveals the violence and drug dealing going on his building (which made it feel like “a jail”), so he decided to shelter his children, locking their door and demanding they stay in a respective room until he says they can leave. With their mother Susanne, who comes from the midwest, being an approved home school teacher, they gained an education, one which they seem to appreciate as they have no desire to join the public school system.

Moments in which Oscar’s abusive past are revealed and Susanne’s admission that she often had more restrictions than her children are distressful, but disappointingly, Moselle seems to content with the most surface level of answers from her subjects. An exception is found in one of the documentary’s most affecting scenes, where Susanne breaks down upon revealing her desire for a country home with grass fields and woods for their children to roam.

Perhaps Moselle should have taken a note from Frederick Wiseman as simply capturing these admittedly gripping events with minimal flourishes could have made for a stronger feature. One music-laced sequence in particular seems to cast aspersions on her subjects’ experience and instead of showing us what to feel and letting us come to our own conclusions, her influence in the editing and music choices is too greatly felt. As the first half film establishes the brotherhood that is formed, we see the incredible creativity from the group, who create impressive Batman costumes out of cereal boxes and yoga mats, and illustrate their own movie posters, as well as throw an elaborate Halloween party, each dressing as one of their favorite horror characters. Performing Reservoir Dogs, Pulp Fiction, The Dark Knight, No Country For Old Men, and countless other films, they admit the outside world might not appreciate what they do, but their passion matters greatly to them. In these moments and more, we can relate to their dedication.

As they learn and, finally, experience a world outside their own, the second half serves as an offbeat coming-of-age story. No longer listening to their father, they eventually venture out in a group into Manhattan and beyond. A revealing trip to Coney Island finds one brother resisting to go into the sea, which is not unexpected, considering we’re led to believe they’ve never been in a body of water larger than their bathtub. Instead of bringing forth his sincere personality, he also seems to embody his own film character, keeping his boots and shades on and talking in an unusual accent. These teenagers may very well assimilate to normal life, but like any of us, their upbringing will irrevocably shape their future. As a modern update on Grey Gardens with an added tribute to the love for filmmaking, The Wolfpack is an endlessly fascinating documentary, but it’s not quite a great one.

The Wolfpack premiered at Sundance Film Festival and will be released by Magnolia.