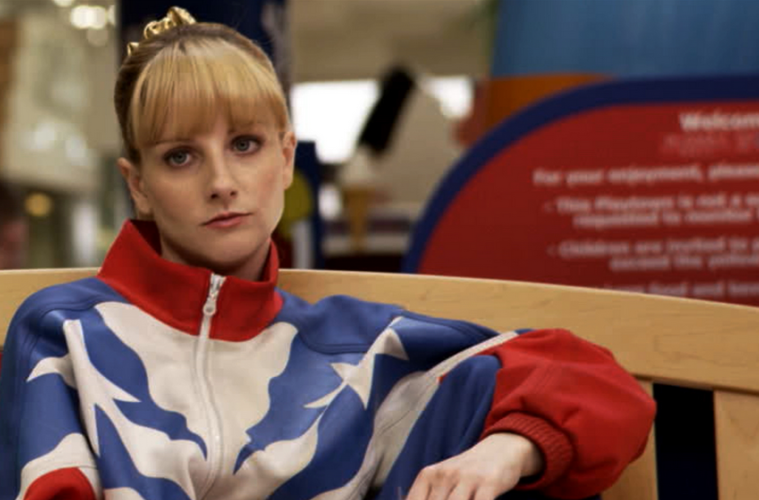 There simply aren’t enough female-led anti-hero stories. They’re always refreshing to see, because we’ve already witnessed plenty of tortured males trying to succeed. The Bronze attempts to be one of them, but, unfortunately, its flawed hero is hardly ever engaging.

Then Annabelle’s life changes after receiving some bad news: her former coach has died. The good news is the coach left Annabelle $500,000, but the only way she can get it is by taking over for her former coach and train Maggie Townsend (Haley Lu Richardson). Will Annabelle let young Maggie steal her thunder in her small town or will she get her to the olympics? Annabelle, preferably, would rather see the kid fail and collect the money as soon as possible. Bryan Buckley‘s film makes no apologies for its lead’s behavior. The problem is, early on, one already stops rooting for Annabelle to get it together. She’s somewhat of a broken record. By a certain point her routine becomes exhausting, which isn’t helped by a far too long running time. If The Bronze was cut down to around 90 minutes, maybe the film and its lead character would work. Not even towards the end, after some good deeds, is it possible to get behind Annabelle, let alone empathize with her. Annabelle is struggling with defeat and failure, but the pain underneath her vulgar antics hardly ever registers.

As a character study, The Bronze doesn’t hit its mark — even worse, it fails as a comedy. Certain scenes and jokes are far too extended, killing the timing and delivery of most of these gags, written by the film’s star Melissa Rauch and Winston Rauch. The comedic beats that fail the most are the callbacks to jokes which weren’t particularly funny in the first place.

The film isn’t without its moments, though. Opening with promise, there’s also some strong performances, especially from Haley Lu Richardson, a young actress with a lot of charisma. Rauch dives right into all of her character’s off-putting traits, but her own script doesn’t help her performance. If the film pulled back on some of her troublemaking — like a wholly unnecessary dream sequence towards the end, which makes one despise Annabelle even more — then maybe her arc could’ve worked. The Bronze simply doesn’t know when to play it reserved. There’s a fine movie in here buried underneath a lot of bloat, but as of right now, it’s an overlong, mostly unfunny, and flawed character study.

The Bronze premiered at Sundance Film Festival and opens on March 18th.