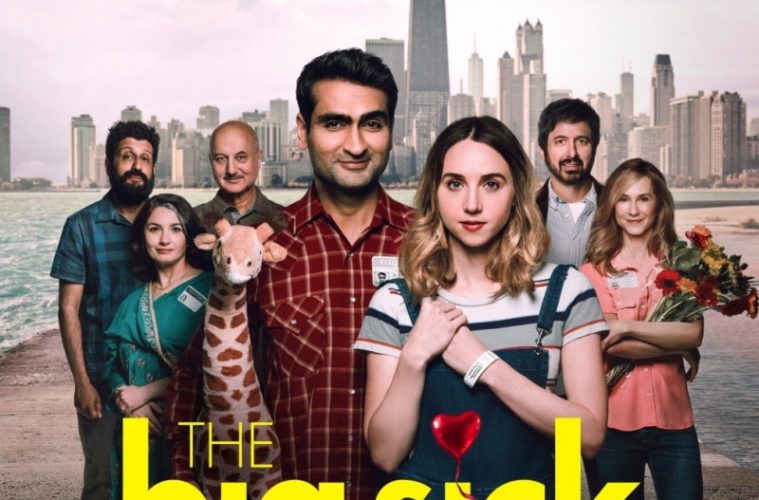 Sundance Review: ‘The Big Sick’ Offers Some Kind of Cure

From start to finish, The Big Sick, directed by Michael Showalter, works as a lovingly-rendered, cinematic answer to the dinner party question: “So how did you two meet?” Based on comedian Kumail Nanjiani‘s real life (he co-wrote the screenplay with his wife Emily V. Gordon), we meet Kumail (Nanjiani) as he finishes a stand-up set in Chicago. He becomes fast friends with a wooting heckler named Emily (Zoe Kazan, lovely), and a relationship begins to blossom.

Setbacks arise and quick, among them Kumail’s inability to explain to his new beau his family’s expectation that he marry a Pakistani woman as arranged by them (he’s got a cigar box full of headshots) and Emily falling into a medically-induced coma thanks to a sickness the doctors can’t seem to pin down. Holly Hunter and Ray Romano enter as Emily’s concerned, fractured parents, both unsure of why Kumail is hanging around the hospital still, under the impression the two broke up, and grateful for the distraction.

Mostly funny and sometimes heart-wrenching, Showalter, Nanjiani, and Gordon collaborate comfortably, finding laughs in the more dire moments. It cannot be overstated how refreshing it is to watch a narrative built around a Pakistani-American lead in which his heritage and culture are crucial to the proceedings but only one part of a larger piece. Old-guard traditions are introduced as a potential villain, but ultimately handled with nuance and grace.

Nanjiani plays to his strengths, building his character as a likeable man-child aiming to please while he struggles with his arrested development. Romano and Hunter stand out throughout, quibbling and reasoning and suffering each other with all of the baggage that comes with a long marriage. And though it be necessary to the plot, it’s a shame Kazan’s Emily is literally put to sleep for half of the picture. While her absence is filled by the strained, engaging interaction between Kumail and her parents, Kazan’s charm is sorely missed. But then perhaps that is the point.

The Big Sick may recall Sundance comedy hits past (Sleepwalk With Me comes to mind), but it’s too affecting to give the redundancies much thought. Everyone involved fits into the familiar beats nicely, adding layers to a true, and truly interesting, story. Hindered a bit perhaps by a too-long runtime but helped all the same by the fast pace of the comedy, Showalter continues to reveal himself as a great director of actors. His camera is there to capture the best moments from his best people, and not do anything to get in the way. Each actor and actress is given plenty to play with, from Nanjiani and Kazan down to Aidy Bryant and Bo Burnham, who put in solid supporting work as fellow stand-up friends.

In every conceivable way is this film a crowd-pleaser, pushing you to laugh and laugh until you cry.

The Big Sick premiered at Sundance Film Festival and opens on June 23.