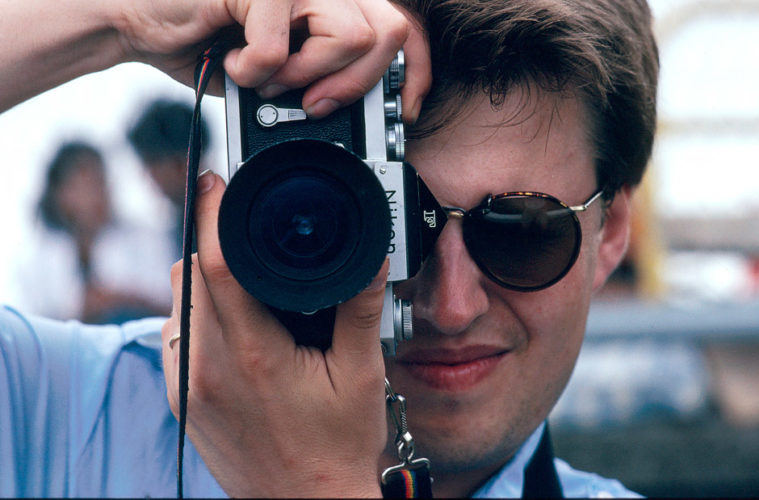 Sundance Review: ‘Steig Larsson: The Man Who Played With Fire’ Explores the Author’s Fight Against the Extreme Right Wing

Diagnosing the fire that fuels the extreme right wing in Sweden as well as the business interests (publications, record labels, the political machine) that it props up, journalist-turned-internationally-acclaimed author Stieg Larsson’s lived a fascinating, heroic life fighting for democracy. While this battle is not without casualties, influencing the violent passages of his world-renowned Millennium series, what would get the late author, in the end, might have been his reserved, workaholic lifestyle.

Directed by Henrik Georgsson, Steig Larsson: The Man Who Played With Fire explores the right wing’s role in propagating hate in the form of populism throughout Europe, while avoiding kicking a hornet’s nest, and exploring the alt-right and populism elsewhere. Providing extensive background on groups Larsson targeted and exposed as a threat to democracy, the documentary largely focuses on the obsessive reporting of its subject. The challenge here is bringing order and clarity to a general global audience as it explains the various players that influenced Larsson’s reporting into subversive groups which began sometime before a flash point: the 1986 murder of Prime Minister Olof Palme.

Employing ghostly reenactments along with the voices of his colleagues at Searchlight and Expo magazines–as well as partner Eva Gabrielsson who tells us he was most at home in front of a typewriter with a coffee and a cigarette–the film offers a broad overview of the inspiration for his popular book series. The challenge the film has is information. Despite his global notoriety, much of that fame came after his death; the material draws upon journals and third-hand accounts of his life. For a general audience and fans of his fiction following the adventures of tough, bisexual hacker punk Lisbeth Salander (aka “The Girl With the Dragon Tattoo”), the film provides additional background on his inspiration. Larsson was equal parts Salander and her journalist companion Mikael Blomkvist, engaging in dangerous work and exposing the violence, hate and extreme nationalism, and its connections to powerful business and political interests.

Told largely in chronological order, the film’s major misstep is that it is restrained, packing an intellectual punch without resorting to the thrills and tension at the core of Larsson’s fiction. While it’s a tad drier than it should be in passages, relying heavily on archival footage of from various sources, the film often feels as if it loses its subject in favor of creating a history of the Swedish alt-right through the lens of its most obsessive observer. Georgsson responsibly takes the high road for an international audience, offering plenty of explanation while largely respecting the privacy of a private man.

Some documentaries about extraordinary lives are impossible to imagine as narrative biopics. Stieg Larsson’s story may be best served through the lens of a filmmaker who is granted some artistic license to explore the legacy of this remarkably brave and passionate journalist. The history of Larsson’s work, while powerful and important, is not without stakes. Georgsson has made a film that might just play it a little too safe.

Stieg Larsson: The Man Who Played with Fire premiered at the Sundance Film Festival.