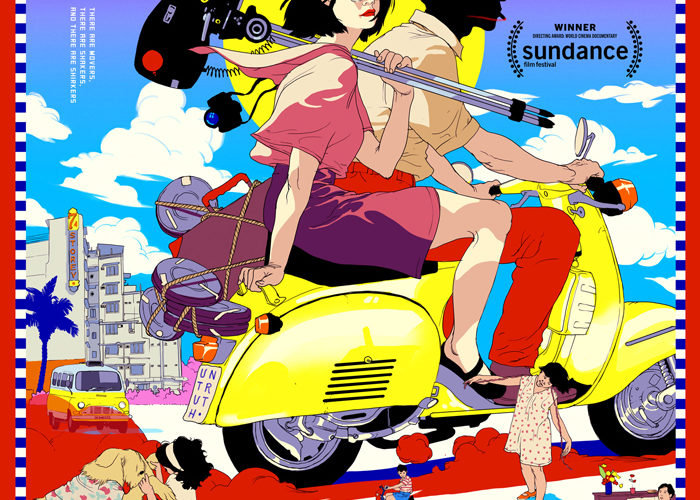 Sundance Review: ‘Shirkers’ is a Strange Time Capsule of a Film That Never Was

Shirkers was the name of the script Sandi Tan wrote in the early ‘90s. A cinema-obsessed 18-year-old living in famously strict Singapore, Tan was inspired by the likes of Jim Jarmusch, the French New Wave, and the Coen Brothers to concoct a tale about a teenage girl who goes road trip (in a country which takes 40 minutes to cross) to “collect” friends while assassinating people she likes (with finger guns). Now, Shirkers is the documentary Tan has made about her youth dream project – how she and friends put it together, and how it fell apart. The ‘90s Shirkers starred Tan and was directed by her mentor, the mysterious Georges Cardona, who initially comes across as a weirdo, possibly pervy dude but ends up being more like a non-murdering Tom Ripley, constantly lying about his background and who he is. (He was the inspiration for James Spader’s character in sex, lies, and videotape, he’d have you know!) Cardona, threatened by his protégé’s successes, would eventually steal the footage for the movie after shooting was finished. He kept the reels but dumped the sound recordings, robbing Shirkers of its chance to exist as intended. Obviously, Tan eventually got the film back, and the documentary is her dissection of both her and Singapore’s past as revealed in this unearthed time capsule.

The old shots of Tan, her friends working on the production (the extremely well-preserved footage included all the behind-the-scenes bits), and the city are frequently cut with modern-day material. The ‘90s portrait of youthful energy is now directly a photo album of their youth. Tan compares shots of buildings once under construction to the finished structures, or to now-shuttered locations, or to things that have replaced what once was there entirely. People age or de-age in a blink; reminisce becomes a dialogue between what one dreams for themselves and what they actually become. It evokes legitimate wistfulness for the movie that could have been; Shirkers might not have been a masterpiece, but from the footage it looks well-shot, compelling, and imaginative.

The documentary indulges in a few quirkier choices, such as animated journal entries, which make it feel more cluttered than vivacious. It would be enough to trust the blend of contemporary footage and archival material. But those hiccups don’t shake Tan’s assured handling of her subject, which could easily fall into self-indulgence. Instead, Shirkers finds the emotional grounding and even universality in a very strange story.

Shirkers premiered at the 2018 Sundance Film Festival and hits Netflix on October 26.