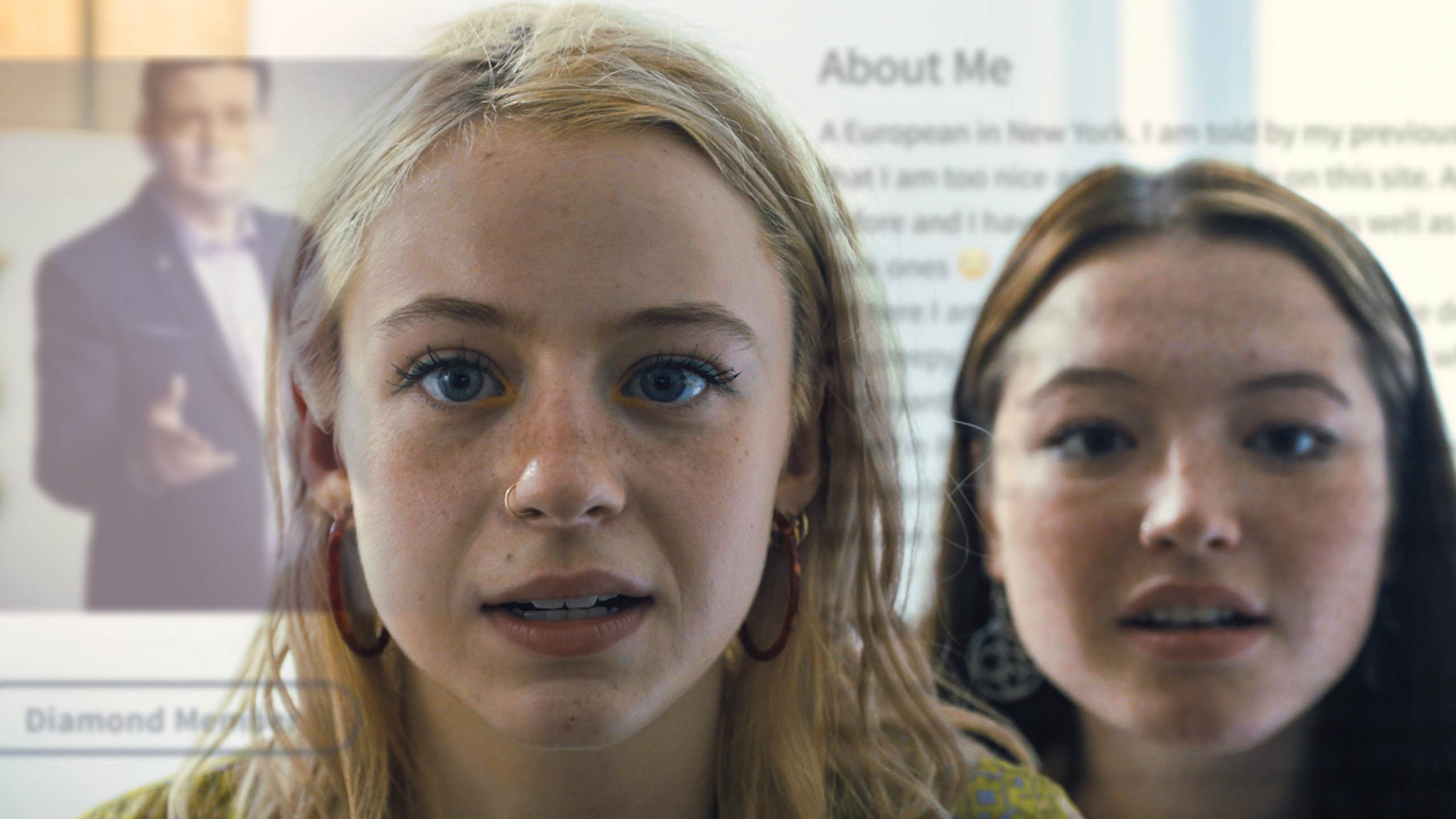 Out of the 30-some diverse subjects that make up Searchers, a documentary about New Yorkers navigating online dating, Robert, 75, and Arthur, 78, are the most fun to be around. They’re single and use Match.com, but have differing stances on how they like to use it and whether it will bring them a real companion. What they do agree on is that using the app is a job. It takes up time and money. “The whole thing is a pain in the ass,” Robert says. And then Arthur counters with a regretful shrug. “What’s the alternative?”

This is about as close to a thesis as director Pacho Velez can deliver. Though finding love on dating apps can often feel hopeless, they also remain a virtual source of hope, a paradox that—especially in the midst of a pandemic when physical connection is at a premium—fits the tone of this ambiguous exploration. Along with cinematographers Daniel Claridge and Martin DiCicco, Velez places all of his online users directly in front of the camera and asks them to stare directly into the lens as they swipe left and right on dating profiles from Tinder to Hinge to Grindr. These fullscreen close-ups can feel invasive, intimate and awkward. Much like swiping itself.

Velez begins his journey throughout the city with a young man named Shaq Shaq, who stares intently and with little expression at women popping up on Tinder. Thanks to some digital wizardry, Velez puts up a translucent, anonymous copy of each profile to float over his subjects’ faces, and Shaq Shaq verbalizes to producers which way to swipe based on the subtleties of his reactions. “Yeah… yeah…,” he says “…eh.” He’s “been out of the game” for a while, but has started using the apps again to get back in. Over the remainder of the movie, Velez highlights a collection of people—from teenagers to senior citizens, varying in ethnicity and background—whose reasons for using the apps range all over.

Nothing in their answers proves to be revelatory or particularly insightful, but the unique experience of this documentary is in its unflinching portraiture. Much like Godfrey Reggio’s 2013 movie Visitors’, though less judgmental and kinder to its participants and their shared struggles, Searchers keeps the frame still and forces you to look and observe—for sometimes an awkward amount of time—the person in front of the camera. It’s a style that’s in direct opposition to the superficiality that dating apps condone and promote. You watch these outwardly spoken decisions and thought processes take place in real time and can sense the guilt and uncomfortability of doing this in front of someone else. “I feel very judgy,” says 35-year-old Ruddy, explaining why certain men on Grindr won’t work for him. It can act like a strange form of therapy.

Velez shuffles through various themes, watching people create profiles and carefully curate the best parts of themselves. Occasionally you peek in on back-and-forth messages taking place, learning sexual nomenclature or transactional arrangements being coordinated between young women and “sugar daddies.” As 74-year-old Cathleen has aptly experienced in her years reading profiles, “almost every guy has a way of writing they want sex,” she says. Meanwhile, 29-year-old E.J. has graduated to making spreadsheets to keep track of all his dates, hoping the data will lead him to better decision-making. The meatier stuff is when Velez asks more probing questions about the efficacy of the apps, the psychology of “ghosting” and whether this experiment has produced more damage to his subjects than good.

To break up these confessionals, Velez intersperses small interludes of happy couples sharing time together in the city. They’re taking selfies, posing for wedding photos, sitting on park benches. Somehow, they’ve cracked it. The images are calm and scored to some piano but you can sense a slight anxiety, probably because Velez is one of his own subjects. Single and looking, he creates his own profile and shares his struggles with his mother and a pair of friends he meets in a park. This project is also personal, and the latter half of the documentary feels more attuned to a self-help project than a sociological investigation.

What’s missing here is a sense of direction. One of the more refreshing and candid testimonials comes near the end from Jon, a gay 55-year-old, who obliges a question about his best online dating experience. He recalls the story of meeting a date at a hotel bar and you watch the joy he has in re-sharing the evening. You want more stories like that, a deeper sense of how these online encounters start and the heartbreak of how they end. You want to latch onto someone that can create a throughline between the repetition of scrolling and swiping. Velez opts for something less defined, hopeful but focused on the imposing reality of endless profiles and a cluster of incompletion. It’s reflective of the apps as we’re trapped in the filmmaker’s online purgatory.