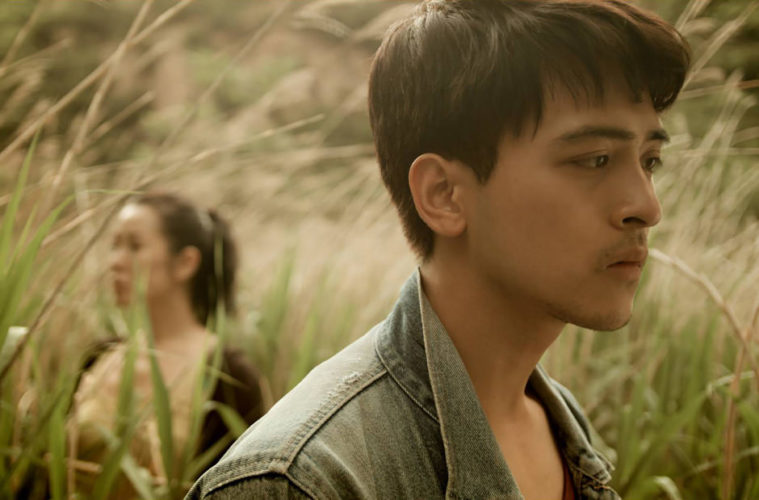 Purposefully seeking to avoid the perceived physical sterility of mainstream Chinese films, Pleasure. Love. luxuriates in sensuality. Disappointingly, the sexual activity itself is still constrained below PG-13 levels. The characters still go for one another as though their starvation for contact is not figurative but a legitimate physical condition. In that regard, the movie pulls off one of its two big thematic aims very well. The best compliment I can pay director Yao Huang and cinematographer Liu Younian is that they make halogen lamplight feel lusty.

The other big idea concerns first love as felt with an older, more experienced partner. This is conveyed through two plots. The first half of the film is about a young man and an older woman (“joy”), and the second is about a young woman and an older man (“love”). The two arcs are connected via a series of odd coincidences that are more distracting than enlightening. Several props that pop up in the first half are revealed to have played a role in the second which, chronologically, takes place a decade beforehand. A doodle on a restaurant lampshade; a hidden note; a broken trinket. Love, as a concept, is a samsara wheel on which humanity endlessly turns. The mere construction of the film gets this across fine, but the Lost-like connections are too much. Its nadir comes in the sole crossover between characters from the two storylines, which is a symbolic gesture so heavy-handed that it punches through the ground.

But the cutesiness would likely be forgivable if the two stories, or even one of them, really explored the movie’s supposed thrust of older-younger pairings. For the most part, both love stories are ruttedly standard, even the conflicts coming more from clichéd concerns (e.g. infidelity) than from two people’s mismatched, differently informed worldviews. Worse, while none of the four main actors are outright bad, none of them are notably memorable, either. If a love story can’t sell the bonding or the breakup, then what does it have to offer? Tactile pleasures can only carry Pleasure. Love. so far.