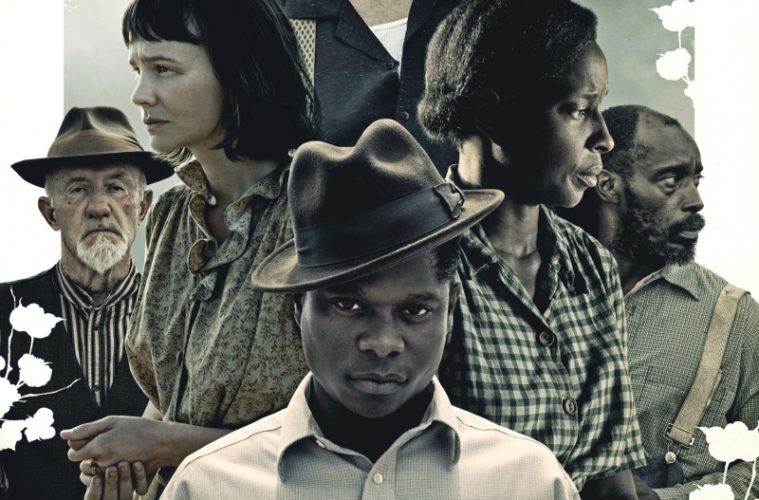 Expanding her narrative scope but still retaining a level of aesthetic intimacy, Dee Rees’ Pariah follow-up Mudbound has the old-fashioned storytelling feel of a grand American novel. Based on Hillary Jordan’s 2008 book, the story takes place during World War II, and while it shows glimpses of the horrors of war, its larger aim is concerned with the racial divide of two families in the American south. Shifting point-of-views result in the drama taking a bit to find its footing, but after the groundwork is set, Rees is able to burrow deeper into the injustices — both piercingly subtle and horrifyingly grotesque — to create a powerful exploration of cyclical racism, with a touch of hope.

Transplanted from an upper class life in Memphis to muddy farm country, the McAllan family is made up of the head-strong Henry (Jason Clarke), Laura (Carey Mulligan), who still wants to hang onto a sliver of refined life through their piano, Henry’s hostile, racist father “Pappy” (Jonathan Banks), and their daughter. After getting swindled on a more upscale home, they are forced to move into a ramshackle residence on the their local farm where the harsh conditions are a shock to their system, but only the beginning of the turmoil they will experience.

Not far away are the Jacksons, who have been doing this same work for generations. The patriarch of the family, Hap (Rob Morgan), and his wife Florence (Mary J. Blige, exuding a delicate tenderness like you’ve never seen before from her) are strenuously working to save enough to buy a piece of their own land for their family. Aside from farming these fields, these families have one significant thing in common: a member of each has been deployed to World War II to fight for their country. For the McAllans, it is Henry’s brother Jamie (Garrett Hedlund), a suave, ladies’ man pilot who is caught in airborne hellfire, while the Jacksons have sent off their son Ronsel (Jason Mitchell), a sergeant in a tank battalion, who falls in love with a German woman amongst the on-the-ground chaos.

Not confined to a single narrator, Rees’ ambitious approach, scripted by the director and co-writer Virgil Williams, makes room for nearly all of our main ensemble to step in for voice-overs. While this choice helps to lay the groundwork of their differing perspectives — and give agency and power to each — Mudbound can often feel in disarray in its first half with this staggered pacing. As as we’re just settling into one strand of the story, Rees cuts to the next — sometimes, all too briefly, on the other side of the world — which makes little room for the subtleties that will have more room to thrive in the film’s second half.

Where the drama most succeeds is in the smaller moments of bridging racial unity, primarily between Jamie and Ronsel as they return home. The latter realizes the savage horrors of racism in America are worse than the bloodshed of a war-torn Europe, where he achieved respect and dignity as a solider. Mitchell, after his break-out role in Straight Outta Compton, excels with both a sensitivity and strength towards his mistreatment. Hedlund gives his best performance yet as Jamie becomes aware of these racial injustices and forms a brotherly bond with Ronsel, with the two discussing war stories while their families become further torn apart through the perverse sickness of bigotry.

Filled with scenes both broad and understated, Mudbound may take some time to find an engaging rhythm and poignant depth, but once it does, the powerful last act will not be soon forgotten. It’s a dark, ugly statement on the terrors of racism and that we must unite to suffocate it out, even if it means confronting one’s own family. With its somber, but vaguely hopeful finale, Rees conveys that racial hatred, whether extreme or muted, carves out a hollowness in the soul for everyone involved.

Mudbound premiered at the Sundance Film Festival and will be released by Netflix on November 17.