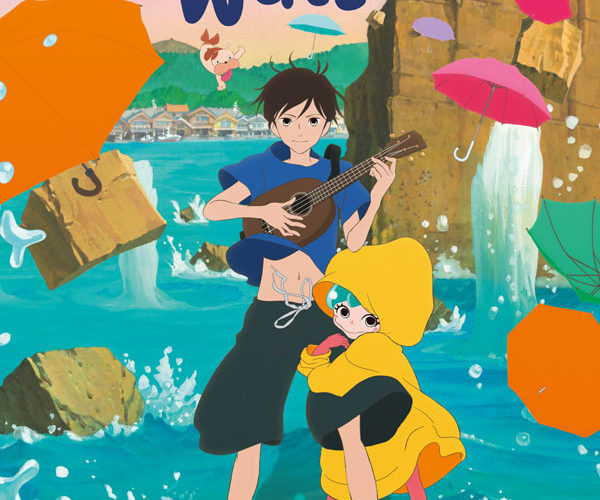 Sundance Review: ‘Lu Over the Wall’ is a Riveting Ride from One of the Best Contemporary Anime Directors

Japanese animation director Masaaki Yuasa, long a cult figure in the U.S., is getting new exposure this year. Following up on Netflix’s release of his series Devilman Crybaby, GKIDS has picked up three of his films for distribution this year. One of these, Lu Over the Wall, demonstrates everything that makes Yuasa one of the best contemporary anime filmmakers. It’s an energetic, frequently hilarious, always visually riveting ride.

Teenager Kai lives with his dad in a sleepy seaside town in the wake of his parents’ divorce. After joining two classmates for a band practice session, they encounter Lu, a young mermaid with a love of song and dance who’s drawn by their music. The trio soon learn that the secluded cove their town is built around is home to many merfolk, living in secret because of human legends that they are vicious man-eaters. Kai’s friendship with Lu gradually draws the human and merfolk worlds closer together, which results in both good fun for all but also danger for the merfolk.

Yuasa specializes in movement-heavy animation, often full of comical body exaggerations more familiar in Western styles than in anime. The animators absolutely cut loose during the movie’s dance sequences, in which all faithfulness to realism is abandoned and characters become living embodiments of the rhythms and tunes. It’s awe-inspiring to watch, a cousin both of Old Hollywood musicals and modern dance TV shows, impressing with the creative choreography and skill on display (though here it’s with drawings instead of physical prowess).

The story, written by Yuasa and Reiko Yoshida, is continually inventing new fantasy weirdness and making each element the center of either a comedic or wondrous setpiece. In one sequence, Lu reveals that she can turn anything into a merfolk with her bite, and does just that to a pound-full of dogs, and then uses her water-moving powers to get all the merdogs into the sea. In another, Lu’s gargantuan father, who resembles a humanoid orca, struts about town to the bemusement of the citizens, at one point very patiently waiting for a ray of sunlight in an alley to vanish before proceeding (merfolk burn up in direct sun, you see).

Like this year’s Paddington 2, Lu Over the Wall is a family film which uses its essential good nature, imagination, and craft as a vehicle for themes about acceptance and bridging differences through shared passion. It’s a complete delight whether you’re a kid or adult, animation fan or not.

Lu Over the Wall screened at the Sundance Film Festival and opens on May 11.