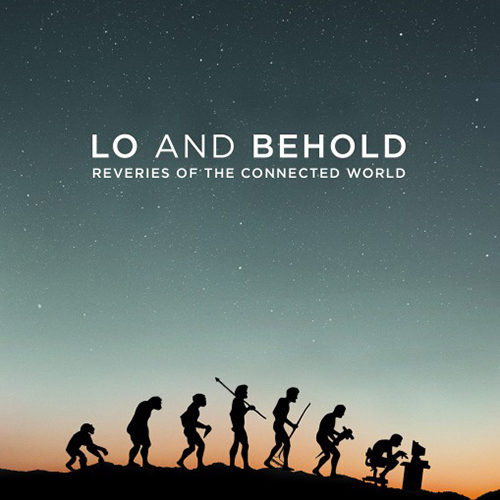 [Sundance Review] Lo and Behold: Reveries of The Connected World

From the grand, savage outdoors to the inner chambers of those awaiting certain death, Werner Herzog has gone to the ends of the Earth to capture our innermost dreams and fears in his documentaries. For his latest, Lo and Behold: Reveries of The Connected World, he looks to the unwieldy unknown of the Internet and how its evolution has immensely affected the way we communicate, for better or worse.  Told in 10 distinct chapters, from “The Early Days” to “The Future,” each has enough intriguing substance to be the foundation of its own documentary, which makes Herzog’s latest a rapidly entertaining ride through the rise of technology where certain sections might feel thematically underdeveloped.

Beginning with reverent music not out of place in a chapel, we enter UCLA’s sacred, yet blandly white halls, described as “repulsive” by Herzog himself and thus reaffirming his place as perhaps documentary’s greatest narrator. We’re brought back to October 29th, 1969, the date in which ARPANET — the foundation of the Internet — transmitted its first message to Stanfordat approximately 10:30PM. Attempting to type “login,” the system crashed with only “lo” sent, a prescient message and the beginning of a perfect title for Herzog’s documentary, one which proves both a study of what we’ve created from technology and a foreboding lesson in power.

Peppered with facts and testimonies from those at the start of this revolution, as well as today’s experts in the field — the film is produced by cyber security company NetScout, after all — we learn such nuggets as: if one burned all the data transferred across the Internet over a single day to CDs, they could be stacked high enough to reach towards Mars and back. Or if ARPANET continued their early iteration of a directory for everyone online, it would be around 72 million miles thick. While these quick bits of information are eye-catching for a brief moment, Herzog is able to more greatly dive into the deeper affects of the Internet when incorporating his reflective personality both aesthetically and audibly.

In one section titled “The Dark Side,” he interviews the Catsouras family, whose daughter Nikki tragically died in a car accident at the age of 18. First responders on the scene captured graphic images of her disfigured corpse, which spread like wildfire across the Internet, quickly reaching back to their devastated family. Herzog frames the entire family in a single unsettling shot in their kitchen, with perfectly placed muffins and other baked goods in the front of the frame (seemingly representing the remnants of an idyllic home life) juxtaposed by the unavoidable truth of their unfathomable pain, each looking like they just came from a funeral.

As Herzog jumps from section to section, he talks to the world’s most famous hacker, those in a Safe-esque, technology-free compound hiding from chemical sensitivity, brain scientists, video-game addicts, and even technology pioneer Elon Musk, an interview in which Herzog himself offers up to be an astronaut for a one-way trip to Mars. Touching on such a vast number of subjects, each seemingly with a lifetime’s worth of stories, Lo and Behold swings dangerously close to feeling like an overreaching snapshot, however fascinating each section may be.

One certainty is that, without Herzog’s inquisitive mind, the documentary would simply feel like it was hitting its requisite marks in exploring this technological communication revolution. By prodding his subjects to take a step further, he separates the analytical thinking to reveal more earnest truths: a student’s genuine love for his soccer-playing robot; an Internet addict’s trepidations to revisit her lowest points; a brilliant outsider coming to terms with claims of insanity by others. Each time the director interjects, whether diegetically in the interview or through voice-over, this film’s personality flourishes.

While most of Werner Herzog’s work seems timeless in its themes, one of the most interesting aspects of Lo and Behold is to imagine if the many predictions offered up throughout will come to fruition. Can a robot soccer team defeat FIFA world champions? Will we be able to tweet our thoughts?  Will our entire life experience be automated to our preferences? Will we sustain life on another planet? These are just a few across the vast range of possibilities offered up during the feature. As it stands today, Lo and Behold is an entertaining exploration into an ever-shifting discussion, but, with Herzog’s specific charms, it will no doubt be a significant time capsule — or ominous document of warning — in the years to come.

Lo and Behold: Reveries of The Connected World premiered at the 2016 Sundance Film Festival and opens on August 19.