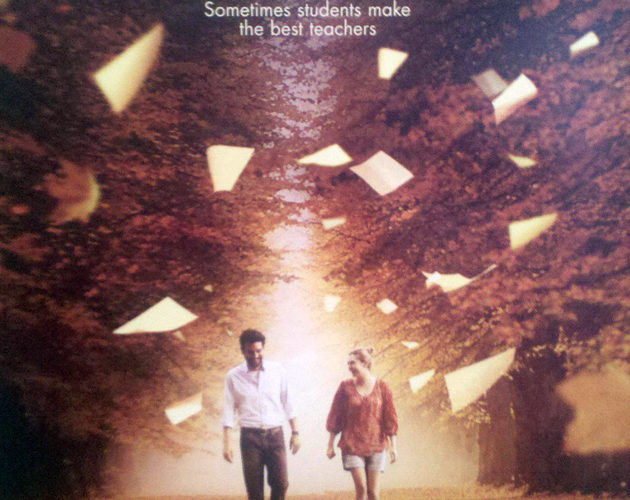 Josh Radnor, star of the hit sit-com “How I Met Your Mother,” made a big splash at Sundance two years ago with his directorial debut, Happythankyoumoreplease, earning the festival’s Audience Award. Unfortunately, the film was purchased by the then-burgeoning book publisher-cum-film distributor company Hannover House. The company proceeded to botch the release of the film, eventually handing it over to the more-experienced (thought not much more successful) Anchor Bay Films. What resulted was a small theatrical release, not much business and a quick exit to a life of Redbox rentals and Netflix Watch Instantly perusals.

Thankfully, the actor/writer/director is back to the festival that announced his presence, this time with a better title and a better film. Titled Liberal Arts, this small tale revolves around Jesse (Radnor), a 35-year old bookworm working at college admissions, and his journey back to his alma mater to send off one of his favorite professors, played by the incomparable Richard Jenkins. While back in town, Jesse meets Zibby (Elizabeth Olsen), a current sophomore at the college. You can see where this is going. What begins as innocent conversation blooms into something like a real connection, and pretty soon Jesse finds himself wanting to stay at the school he has such fond memories of.

In the meantime, we’re offered an inspired, anti-Zac Efron turn by Mr. Efron himself, playing that kid at school with a name that sounds like the clothes he wears. In this case, Nat. There’s also the promise of Allison Janney, as Jesse’s other favorite professor. Thankfully, that promise is fulfilled in spades in a gem of an honest scene towards the end of the film.

In between these delightful moments, there’s Radnor, who’s doing what does best: low-fi Woody Allen. He knows his strengths as a performer, making the most of his likeable face and impressive comedic timing. As a director, Radnor also is aware of his strengths. In this case, Elizabeth Olsen.

Not unlike fellow Sundance break-out Jennifer Lawrence before her, Olsen feels completely natural, as though the person we’re watching on screen is the person who exists in real life. Though Radnor’s dialogue becomes a bit preachy and repetitive, Olsen convinces us that this is what Zibby is saying, or meaning to say at least. In turn, Radnor’s Jesse looks just as illuminated by this young woman as the audience is.

As a visual filmmaker, Radnor’s still got a long way to go, but he’s going in the right direction. For every back-and-forth scene of dialogue, there are as many well-realized master shots that Radnor allows his director of photography, Seamus Tierney, to hold on to. We get a sense of college Jesse loves so much, and see how he could feel so strongly about such a place.

We get to know these people a bit, and, at some point, they become just that: people. Consider a letter-writing montage in the film between Jesse and Libby. At first, it plays as a bit overwrought and sentimental. It ends quick enough and the movie moves on. Later on, the letter writing comes back, and the earlier scene means a bit more.

That said, Radnor does employ this foreshadowing device a bit too much. Early on the film, Elizabeth Reaser is introduced as a shy bookstore owner. Gosh, I wonder if she’ll conveniently reappear later one?

The film, in the end, lives in the heart of one particular debate Libby and Jesse have over a particular set of “vampire novels” as compared to the classic works that challenge its readers. Libby defends the vampire novels because they are simple and “make her happy.” Jesse, at first, can’t understand this. As the plot progresses, he accepts that sometimes it’s just fine to enjoy something that’ll make you happy.

Liberal Arts has the capacity to do just that.