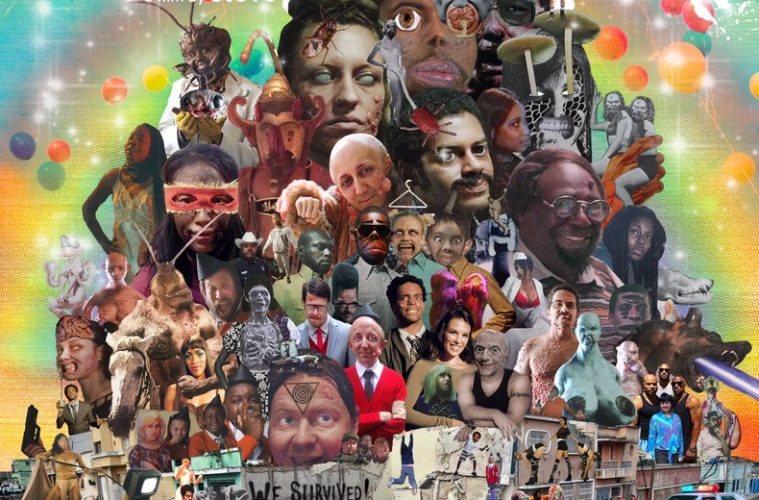 Sick and twisted for the sake of being sick and twisted, Kuso is a certainly not a film for everyone, or perhaps anybody. I imagine the experience is like being high on something spiked with an agent that can induce awful nightmares. Though I’m not sure being drunk or high will make Kuso a delightful experience. Having seen the film stone-cold sober with an Earl Grey Tea Latte at an afternoon press-and-industry screening, I can confirm that, indeed, many critics and acquisition executives gave up at various points throughout. It’s a film that won’t been seen at a theater near you anytime soon, as it may, in fact, be in violation of many lease agreements, edging towards pornographic. But, if you came for the blood, sweat, tears, semen, and amniotic fluid, then Flying Lotus will give you your money’s worth in a nasty piece of work that would make Matthew Barney cringe.

Directed by Steven Ellison (also known as Flying Lotus), Kuso connects a series of nightmarish shorts in a post-apocalyptic setting through channel surfing. What starts off as a light apocalyptic musical quickly grows into a bedroom drama complete with auto-erotic asphyxiation and plenty of nightmares. Having made it to the end credits should be a badge of honor, for Kuso is a fascinating experience and one to revel in. This is a midnight movie that’s the stuff of legends, perhaps more appropriate in a gallery setting than a traditional movie theater.

Kuso uses channel-surfing as a device, complete with an ad for a “Coat-Hanger clinic,” which we later visit when a young women date-raped by a toilet-dwelling Tim Heidecker seeks an abortion. She happens to live with a furry nightmarish duo in a trans-dimensional sitcom that makes Brigsby Bear look normal. One of the furries is voiced by the great Hannibal Buress, who encourages her to grind up the fetus and smoke it. And guess what: we’re only halfway through Kuso. The film’s most insane sex scene and its most unconventional therapy session – in a moment that makes Cremaster 3 look like Disney’s Frozen — still await.

As a cringe-inducing work of art that piles on the shock value over and over again, Kuso does its job. While John Waters may have gone soft in his old age, Ellison has elevated the gross-out bar, veering into — and going far beyond — the obscene. For someone who sees a few hundred films a year, Kuso is a stand-out. I’ve never been this grossed-out or challenged before, and those who walked out were completely right to do so. It doesn’t get any better — in fact, it gets much worse. As far as midnight movies go, Kuso is destined to be legendary and may very well go down in infamy. It’s a rare beast worth seeking out if you can stomach it, and it’s a shame that porn houses and grindhouses are becoming increasingly rare in the age of VOD and luxury recliner theaters, since there would be no better place to witness this one-of-a-kind experience.

Kuso premiered at the Sundance Film Festival and opens on July 21.