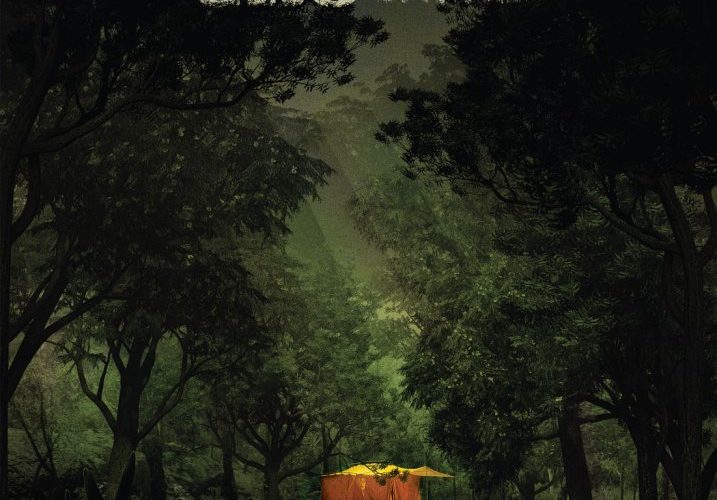 A rather satisfactory thriller from Aussie filmmaker Damien Power, Killing Ground is casually engaging and skillfully plotted, despite a bland absence of nuance in its execution. While occasionally as suspenseful as a good Jeremy Saulnier thriller, the film lacks all of the visual style or command of frame and composition found in those vastly superior works. Imagine a solid B-thriller, directed with the cleverness of a straight-to-VHS pot boiler.

The narrative opens with a deceptively ho-hum set-up: a vacationing couple arrive at a secluded beach to find they will have to share the sand with another family. It’s a slow burn twenty minutes before the film begins evolving into something intriguing and clever, albeit mindless and nasty. Killing Ground knows the landscape of its genre well enough to keep an audience off-guard, seeming to signal left before pulling an abrupt right turn. It’s a film continually restarting itself every thirty minutes, wisely so, revealing more of the chessboard with each passing scene. Even its forgettable title may be a playful misdirect, signaling a formulaic slog before delivering something more complex.

Just as it’s said music is not about the notes, but rather the silence between the notes, Power shows a canny understanding of the fact that, in this type of film, violence functions best as climax, rather than punctuation. You can feel Power walking in the footsteps of his favorite filmmakers, wanting to gaze at the violence with unblinking intent. Sometimes these bursts of violence are harrowing reminders that the shock-factor is an ever-present element of Aussie horror. Other times, we simply feel the filmmakers pressing against the ceiling of the budget or worse, mimicking better movies. The screenplay owes a violent debt to highfalutin’ classics such as Straw Dogs, Deliverance, and Funny Games, except without any philosophical punch. All of this labored expulsion of energy feels wasted on a narrative without anything on its mind, besides a faux high-minded infatuation with cheap torture porn aesthetics and subversion of genre formulas. A more contemporary and apt comparison would be Kevin Smith’s Red State, which shows teasing hints of great potential which never actually come to fruition.

While there’s neither a weak spot nor a stand out performance from the cast (save for Harriet Dyer’s scarlet-haired wife) it’s the screenplay which elevates the cast, not the other way around, dragging merely serviceable performances through carefully orchestrated narrative intensity. Admittedly, not every twist works; in particular, a jump-scare ten minutes into the third act lands with unintentionally laughable timing. Ultimately, Power hangs on his characters a bit too long, like the last person to leave a party, lingering when we barely care about these people to begin with, beyond a casual stake in the outcome of this cheaply twisted scenario.

While it never transcends its roots as a half-smart genre exercise, the film might just catch a following from the surface charm of its unpredictable inventiveness. Indeed, Killing Ground’s twists might be effective, but stylistically speaking, it’s sub-Eli Roth.