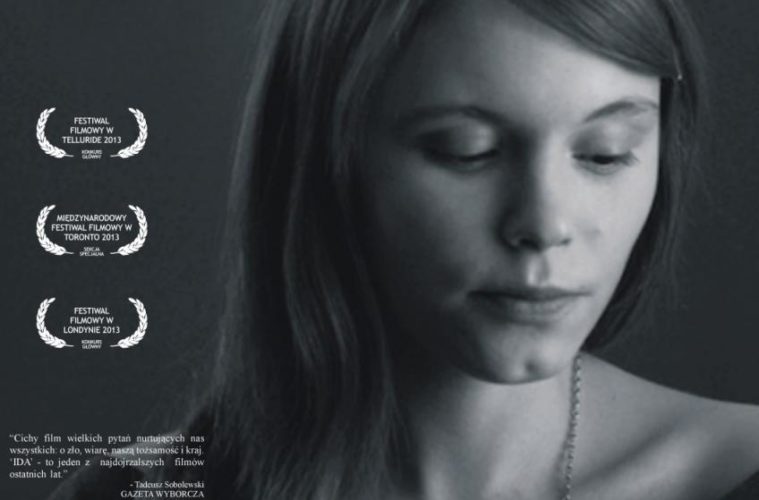 It seems as though Hollywood has a yearly quota for World War II dramas, ones that often present the heroic military efforts of the Allies, or others that zero in a feel-good aspect, perhaps following a protagonist who survives by any means necessary. Rarely do we see a film tackle the aftermath of the unspeakable horrors from distinctly different points of view, but Pawel Pawlikowski does so with restrained artistry in his Polish drama Ida.

We meet our title character (Agata Trzebuchowska, in her striking debut performance) under a different name and identity, living as Anna, a soon-to-be-nun, in what seems to be the 1960’s. Before she commits to a life of Catholicism, she makes a visit to her aunt’s (Agata Kulesza) home in Poland, where a darker past is soon revealed; her real name is Ida, she was born Jewish, and her parents were murdered during the Nazi occupation. What follows is a stark road trip, as Ida joins her aunt Wanda in an attempt to find answers to her past, all while questioning her future. Running a brisk 80 minutes, Pawlikowski proves that runtime has little bearing on delivering an emotionally substantial journey with fully formed character arcs. As she meets prospective partners and comes face-to-face with those who have wronged her, all while understanding her new identity, Ida must make key decisions. She can embrace the religious path she’s on or give into life suggestions of a weathered woman who has survived the atrocities that her sheltered companion is processing for the first time. Rarely employing camera movement, Pawlikowski and his cinematographers (Łukasz Żal and Ryszard Lenczewski) offer up locked-off one shots that call back to the work of Carl Theodor Dreyer; while some of them don’t feel completely motivated by the story — occasionally distracting and coming across like a beginner’s course in the rule of thirds — it does give the proceedings a stoic weigh and a certain timeless quality, aided by the black-and-white palette that beautifully absorbs its 1.37:1 ratio.

Kulesza’s character provides a necessary contrast — using her hard-nosed skills as a judge to help uncover the past, as well cover up her demons — but it’s the transformation of Ida, and whether or not she will take partake in life’s desires, that is the film’s central thread.

She admits to having sinful thoughts, but will she sacrifice her vows once she fully witnesses the cruelty of a world she was previously sheltered from? Ida is a quaint drama in technique, but its formidable power lies in these cardinal quandaries. Being a film about transitioning on a macro and micro level, Pawlikowski thankfully, and fittingly, never provides an easy answer with his unassuming approach.

Ida screened at Sundance Film Festival 2014 and opens in the spring. One can see the full trailer and our complete coverage of the festival below.