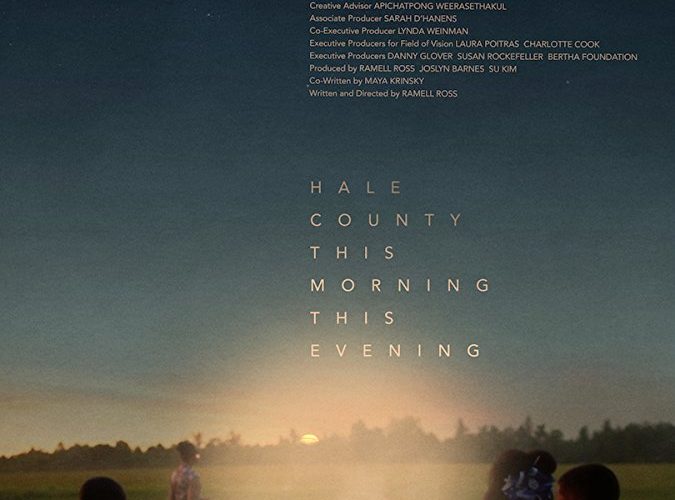 Sundance Review: ‘Hale County This Morning, This Evening’ Focuses on the In-Between

Structurally, Hale County This Morning, This Evening does not do much to distinguish itself from other contemporary vérité documentaries which focus on quotidian details within a certain milieu. But even so, it still finds value in the unique incidents it captures. Send a hundred different filmmakers to a hundred different places, and even if their work is aesthetically identical, they’ll each document at least a few unique moments that will make each piece worth it. Beyond that, director RaMell Ross demonstrates a talent for framing a scene in a striking manner, such as shooting a trash fire so that the rays of the sun shine through the smoke.

Hale County, named after a Confederate lieutenant colonel, is part of the Southern Black Belt. Ross follows a cast of black residents of the county about their daily lives, chiefly young men Daniel and Quincy. They don’t have arcs to speak of – the film is content to see them simply as they are at this particular time in their lives, as well as the community around them.

The doc has a special interest in repetition, like a basketball team going through its drills or a toddler running back and forth across a room playing some game that makes sense only to them. Chronology and specific geography are purposefully difficult to discern (one woman goes through a pregnancy during the film, but its timeline is even longer than that), though the 2017 solar eclipse makes an appearance. Joys (childbirth) and tragedies (an infant succumbing to SIDS) are given equal quiet weight, and always filmed around rather than focused upon. The doc is more invested in mourners after a burial than in immediate reactions or big events. This is a story made of the in-between pieces of stories.

The most intriguing idea Ross has is to occasionally cut in artifacts of stereotypical depictions of African American culture, like when he juxtaposes a historic plantation house with an ancient film clip of a blackfaced actor entering such a house. Hale County This Morning, This Evening thus uses its collage of the mundane as an argument for its subjects’ humanity. Apichatpong Weerasethakul served as creative advisor, and Ross’ style evokes his gentle touch for drawing the character out of environments. This is a film which I feel could grow in my mind as time goes on, and even now, I think it deserves our attention.

Hale County This Morning, This Evening premiered at the 2018 Sundance Film Festival.