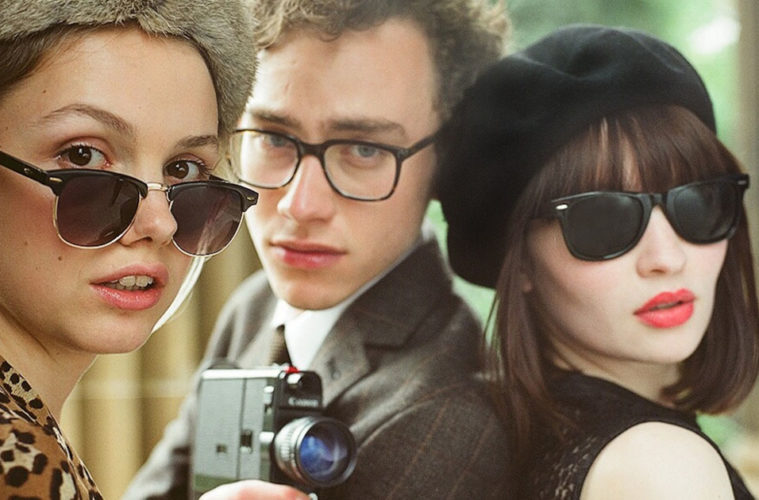 God Help The Girl, the directorial debut from Stuart Murdoch, the lead singer of the band Belle and Sebastian, is an unusual hybrid of indie musical and coming-of-age story. Based on songs from a 2009 album of the same name, the film is about a summer of discovery for three teenagers. Anchored by Emily Browning as Eve, we follow her as a depressed and anorexic teen whose personality is oddly similar to her character from Sucker Punch. She uses musical fantasy to escape her illness, so there is always an undercurrent of seriousness to the light-hearted tone of the musical numbers. The film attempts to be a whimsical journey about forming a band, the love of pop music and how to overcome the ennui in our lives. The main strength of God Help the Girl is, unsurprisingly, the music: an eclectic mix of pop and folk songs interpreted admirably by the young cast. Yet the film is too enamored by its own quirkiness, feeling like a series of music videos strung together with a very loose narrative that is both overlong and ultimately monotonous. We open with Eve singing directly to the camera, as she pretends to be a genius of math and science en route to a rock concert. Once there, she watches a handsome French boy performing energetically to the crowds pleasure from a distance, as he eyes her right back. After a brief romantic moment between the two of them that leaves Eve distraught, James (Olly Alexander), a bumbling nerd, takes stage and falters with his band. He finds Eve alone outside, feeling very ill and offers to take her back home and care for her. They form a friendship strengthened by their mutual love of music. When a posh girl Cass (Hannah Murray), whose controlling family has her on leash, appears to have the same heartaches as James and Eve, the trio decide to start a band to help wound their bored souls.

The film is set in an imaginary part of Glasgow that is filled with record stores, rockers and hipster kids who endlessly want to sing and dance. It’s reminiscent of early Beatles movies in their frenzied spontaneity, as each song takes us on a journey into a new part of this fictitious world. From a canoe trip down the canals to performing in a nursing home and having the old people transform back into youthful teens, there is no shortage of imaginary scenarios. But as the film drags on, it quickly loses its charm and becomes an amalgam of cliché pop imagery that is desperately trying to be magical and quirky. While the music is enjoyable at times, God Save The Girl is an overly sentimental and drawn out experience whose stylistic pastiche of musicals is less clever than it thinks it is.

God Help the Girl premiered at Sundance Film Festival 2014. One can see our full coverage of the festival below.