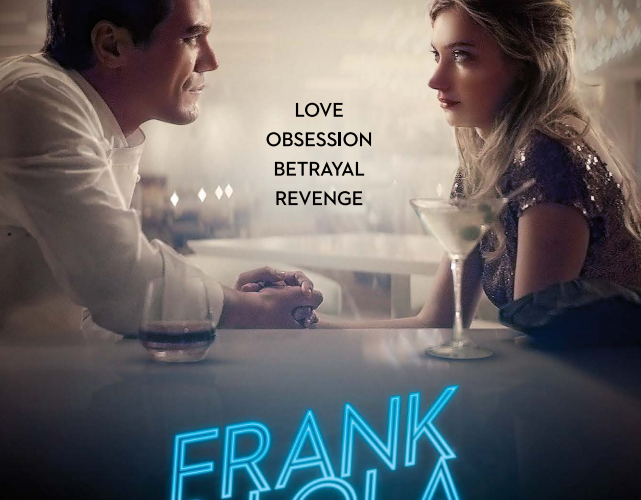 Frank (Shannon) is a high-flying chef working in top-end restaurants in Las Vegas. At the bar of his establishment he meets Poots’ Lola as she glides into his bar, and director Ross sets the scene by opening the film on the ensuing sex, a moody awkward sequence that heightens a sense of menace behind these beautiful starlets.

As time passes, Frank grows ever-conscious of the age gap between them both, and has suspicions about a rich younger man (Justin Long) who offers Lola a dream job at a fashion outlet. Soon his worst fears are confirmed, as Lola returns home one night in tears, admitting to a one night stand and begs him to take her back. She blames it partly on sexual abuse by a friend of her mother, Alan (an unnerving Michael Nyqvist). On a business trip to Paris, Frank can’t help but track the man down. Suffice it to say it does not go well.

Shannon is tremendous value as Frank, whose internalizing of sexually-driven rage gives way to violence that you knew was present all along. Indeed, he’s remarkably, unconventionally sexy. Poots, an actor yet to have a major role to stretch herself, surprises as a modern femme fatale here, coolly inspiring rising emotions in anyone with whom she involves herself. Perhaps the clue’s in the name – Lola is a short form of the Spanish for sorrow, Dolores.

There will be some who won’t be able to accept the contrivances of Ross’ script, not least Shannon’s lumbering hulk as a world class chef. But I did, and once past that I was engrossed in the meat-and-gravy of the plot, about how much we really know the people in our relationships, and how much we can trust those around us. It’s here that the film evokes Kubrick’s Eyes Wide Shut, another film in which one incident exposes the rifts at the heart of one passionate relationship. Shannon’s journey into the sexual past of his partner has elements of Cruise’s journey into the night in that film, in which sex is revealed as more complex for one member of the relationship than it first appears.

Frank & Lola has some of that film’s noir-esque aesthetic, too, with hints of Michael Mann’s night-time city look, alongside Rebecca Rodriguez and Jennifer Lilly’s elliptic editing style that evokes Frank’s changing allegiances. Carried by two accomplished performance, and despite a tight 87-minute running time, this is a rich saga, bathed in atmosphere that disturbs as much as it engrosses. It’s certainly not a date movie, and all the better for it.

Frank & Lola premiered at the 2016 Sundance Film Festival and opens on December 9.