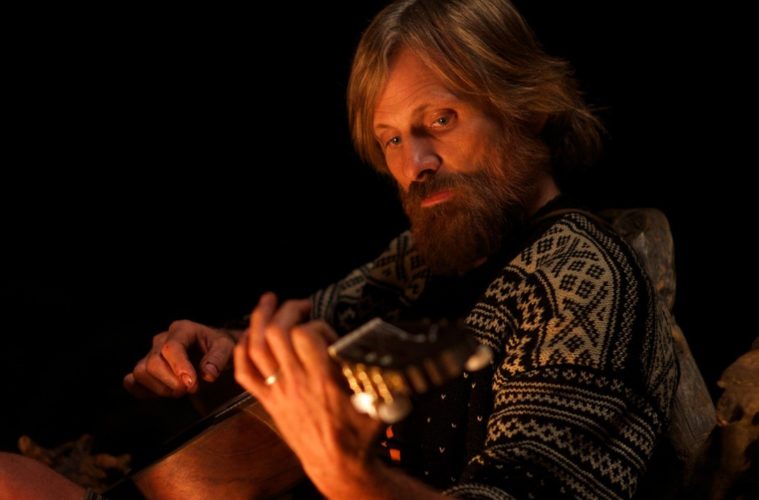 A common trope at Sundance is the star-led indie, painted top-to-toe with eccentricities that are meant to represent/replace both story and character development. Relatively straightforward narratives that stand out thanks to shock-and-awe details that usually fade not too long after the well-regarded premiere.

Captain Fantastic, written and directed by Matt Ross (28 Hotel Rooms), threatens to reinforce the expectation, before rising above and standing on its own. Much of the credit goes to Viggo Mortensen, who remains a singularly dominant on-screen presence, in a role here that feels designed by the movie gods.

Deep in the woods of the Pacific Northwest, a father named Ben (Mortensen) raises his six children to hunt, gather and survive. At night, they discuss the books they have been assigned by Ben, who encourages discourse and deems all-encompassing descriptors like ‘interesting’ illegal. They rail against capitalism and any kind of genetically-modified anything. Their family holiday is “Noam Chomsky Day,” and Ben’s wardrobe consists of defunct Jessie Jackson ’88 T-shirts. It’s the hippie dream realized, to a point.

We learn early on that the matriarch of the family has been in the hospital for some time. When Ben drives the family bus (a central and a-bit-too-cutesy character throughout) into town to check on his wife, he learns she’s committed suicide. To add insult to injury, Ben’s father-in-law (Frank Langella) informs him over the phone that if he attends the funeral, he will be arrested.

It is through this context of tragedy that Ross chooses to explore Ben and the way he’s chosen to raise his children. What first feels preachy and pretentious soon offers added layers of complexity. The progressive stance Ben and his late wife have taken makes so much sense, and yet there is much to consider. Small conflicts begin to fracture the clan, including a swath of college acceptance letters for the eldest son Bodevan (George MacKay) and a potentially crucial conversation between mom and dad that younger son Rellian (Nicholas Hamilton) overheard before her death. Slowly does Ben begin to crack himself, doubting the values he’s clung to with such purpose. One of the film’s strongest through-lines is the struggle of idealism in a world where it is so easy to be willfully ignorant.

Nowhere does this shine through more than when Ben and company visit their aunt (Kathryn Hahn) and uncle (Steve Zahn). Raising two, smart phone-obsessed sons, Ben dutifully embarrasses their intellect when his sister decides to criticizes his fathering instincts. Thankfully, Ross understands that neither Ben nor his sister are completely right in their criticisms of each other.

And though the film struggles to wrap up the proceedings in an overlong final act, it thankfully stays true to its characters by not oversimplifying a complicated subject.

Captain Fantastic premiered at the 2016 Sundance Film Festival and will be released on July 8.