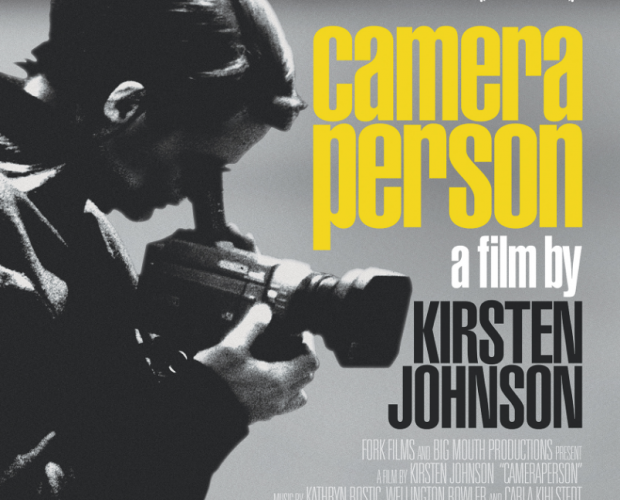 Kirsten Johnson has been a cinematographer and / or camera operator on documentary films for 20 years. This has taken her all over the world and led her to meet all kinds of people. She’s been in Bosnia, interviewing survivors of the genocide. She’s observed Nigerian midwives in action. She watched Edward Snowden deliver his revelations about NSA surveillance practices to Laura Poitras and Glenn Greenwald. She has over 60 camerawork-related credits to her name on IMDb, and she’s not slowing down any time soon. Cameraperson is her self-described “memoir,” an album of her life as expressed through her life’s work.

Cameraperson is hypnotic, a montage of seemingly disconnected vignettes that slowly demonstrate commonalities among disparate figures around the globe. It’s B-roll and unused footage and logistical behind-the-scenes wrangling assembled into a video album. For non-fiction enthusiasts in particular, this is catnip, an interesting glimpse at sausage production. While shooting from ground level a herd of sheep tromping down a road, Johnson reaches in front of the lens to yank out some weeds obstructing the view. She and a director discuss how the images they’re capturing will be edited in the final cut. She repositions herself around subjects and objects to get the most interesting staging. With little overt explanation, this doc lays out a better portrait of the nuts and bolts of filmmaking than most instructional projects could ever manage.

As a memoir, Cameraperson comes as a series of impressions in lieu of any concrete biographical information. Unless they’re a doc devotee, a viewer probably won’t even recognize which movies the material is pulled from. (A full list of sources is in the credits.) Bits of Johnson’s home video are spliced in, providing brief pieces of her home life in the form of her parents and children. It’s just enough of a personal touch, though the footage itself tells the audience far more about Johnson — how she’s always searching for the right image, whatever will illuminate her subjects more. In that respect, she’s perhaps no different from any other good cinematographer, which makes this just as much a statement on her profession as on herself.

The connective tissue between the different shots is sometimes thin, and some images are of course far less interesting than the others. But those hiccups can’t degrade the unique, involving effect of the documentary as a whole.

Cameraperson premiered at the 2016 Sundance Film Festival and opens on September 9.