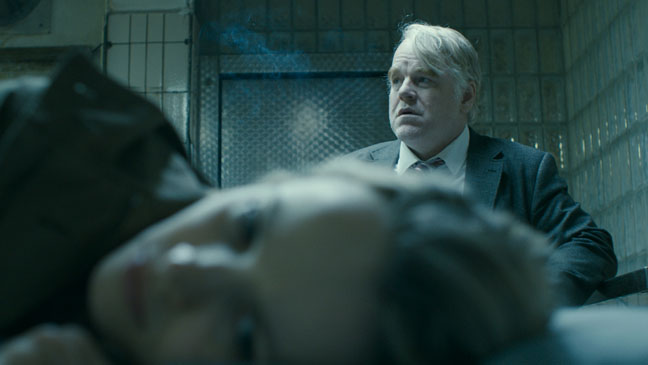 [Sundance Review] A Most Wanted Man

Anton Corbijn‘s The American is a restrained, absorbing and visually staggering story of an assassin on his final mission, but the marketing sold it as star-powered, edge-of-your-seat thriller. With his follow-up, an adaptation of the John le Carré novel A Most Wanted Man, those expecting the former might be disappointed, as it sways to the latter, resulting in an above-average thriller that could have used a more unconventional visual approach.

In case you weren’t debriefed, an opening title card tells us that Hamburg, Germany was a key location in the planning of the September 11th attacks, so in order to prevent such an atrocity from occurring again, an outfit has been set up to gather intelligence. Corbijn effectively displays the intricate, perhaps dull life of such a job, as minuscule steps get our team closer to the goal. With that message not fully realized until the thrilling finale, in which the tables are turned, the build-up is slow for our protagonists, but still engaging for the audience. The story follows Gunther Bachmann (Philip Seymour Hoffman, sporting a German accent) as a spy who gets the lead on a possible terrorist suspect entering his turf, a mysterious Chechen-Russian immigrant named Issa (Grigoriy Dobrygin). As international forces (including Robin Wright as a CIA agent) give him 72 hours to resolve the situation before they step in, Issa is linked up with Annabel Richter (Rachel McAdams, also taking up an accent to mixed results), a lawyer who helps immigrants establish a home, or, from Bachmann’s point of view, aides terrorists. As Issa’s secrets begin to unfold, Willem Dafoe figures in as Thomas Brue, a banker that could change his current situation.

Complex fine lines start to be drawn, as no tangible proof on Issa’s intent can be found, with Hoffman’s character perhaps overstepping his boundaries in the name of keeping the world a safer place. As the clock ticks and the pressure amounts, one wishes Corbijn displayed more tension through his cinematography, an area he’s previously excelled in. This time equipping cinematographer Benoît Delhomme (Lawless, The Proposition), the palette is drenched in a fitting cool blue, but rarely does his technical approach rise above other entries in the genre. There’s a few noteworthy sequences (one involving our team slowly being revealed as nearby spies as the camera moves), but a few long, tension-filled takes could have gone a long way, particularly considering this is mostly a film constructed of conversations.

Hoffman is the stand-out of the ensemble; getting only a tiny glimpse at his personal life, we realize this is a man who has dedicated his life to his job. While those higher up are keen on bringing in any suspect they can, Hoffman’s character sees the bigger picture and all the tiny pieces that can lead something more substantial. As their entire mission rests on the most minuscule of actions, Corbijn has crafted a smart, slow-burn thriller, but one that could have used a touch more of the carefully constructed style found in the superior Tinker, Tailor, Soldier, Spy.

A Most Wanted Man premiered at Sundance Film Festival 2014. One can see our full coverage of the festival below.