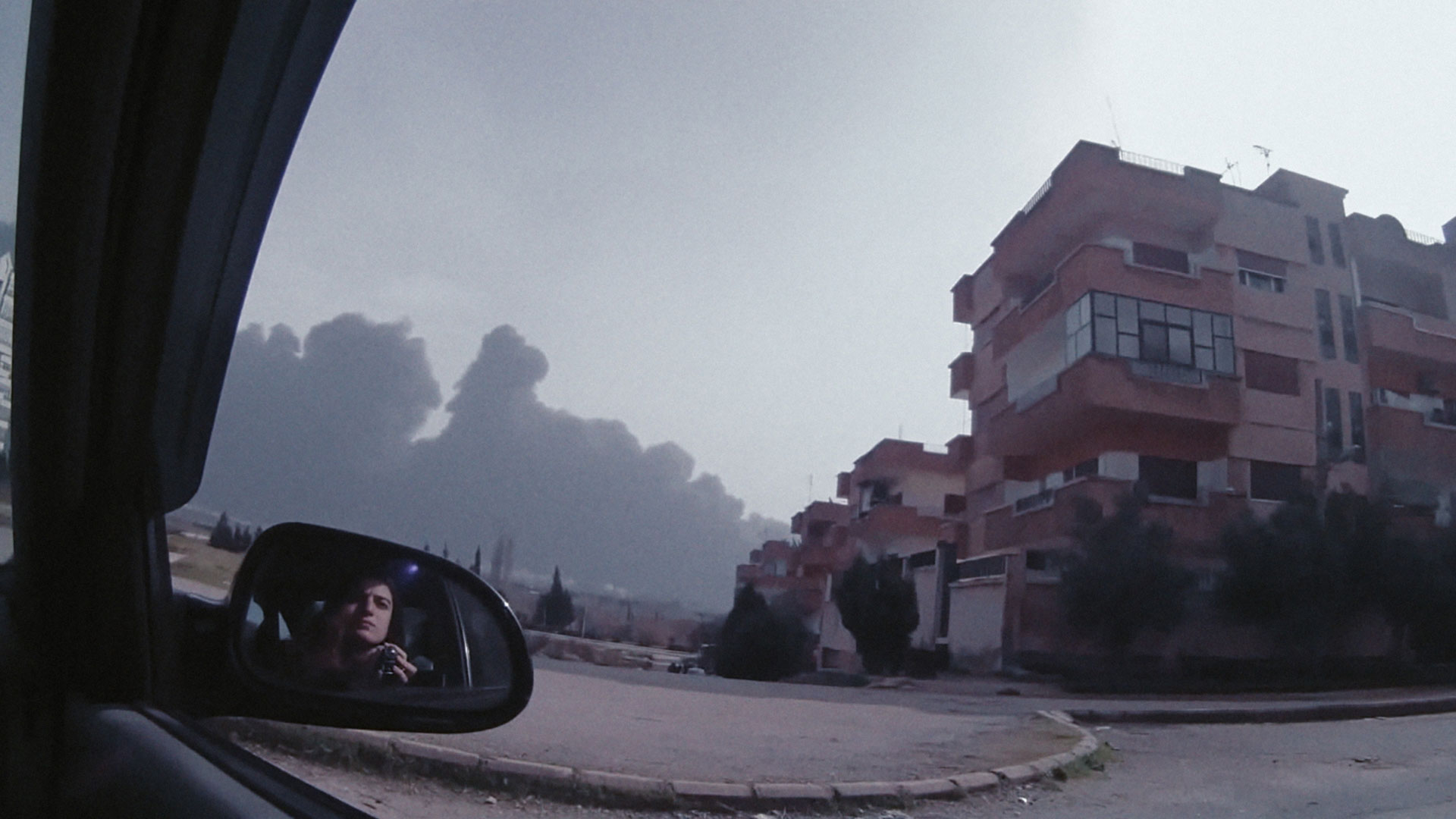 Above all else, 5 Seasons of Revolution is a visceral bit of filmmaking. Directed by Lina, a video reporter required to shield her identity, this documentary captures––in an engaging, fractured aesthetic––the broken promise of revolution following the Arab Spring. Living in Damascus, Lina and her tight-knit group of young, activist friends attempt to build off energy of the movement through peaceful protest and steadfast documentation. Before long it’s clear these non-violent demonstrations and legitimate reporting will be met with violence by the State. Footage is stitched to build a long-form narrative from what’s mostly a series of vignettes.

Lina and her friend Bassel (“big smile, quiet presence, and a power of nature”) interview witnesses after the security forces allegedly opened fire on protestors. Her camera is chaotic, scenes often interrupted by check-stops or the shake from a nearby explosion. A dangerous trip into Aleppo is underlined by a scant amount of video taken from the confines of a car. Before long the screen cuts to black and we’re informed of the driver’s fate. In another harrowing sequence, her camera captures bullet holes that have pierced through the walls of a nearby home, rounds lodged inside furniture and windows alike.

The constant presence of both danger and surveillance forces Lina and her crew to conceal their identities in numerous cases. She describes the many different faces she must swap between, whether it’s on social media, as a journalist, as an activist, or otherwise. One wishes there had been additional detail into these fascinating multiple lives, though the risk of allowing too much information is perhaps too great. In fact, at the top of the film we’re told “various techniques including deepfake and blurring” have been used to conceal identities. It’s a necessary tactic that feels right on the edge of ethical. But, circumstances being so extraordinary, it’s hard to fault what is surely a necessity.

When the Syrian military orders its soldiers to fire on peaceful protestors, a group defects from the State and forms their own militia (Free Syrian Army), ultimately deciding that the only way to combat the violence is with violence. This decision causes fractions within the friend group: some feel its a necessary evil, others feel it’s immoral. Such moments of discourse––well-meaning progressives struggling to rectify one another’s opinions––are the most interesting in this film. Too often in documentaries of this sort does the main goal swallow the rest of the story. The most poignant scenes here come from banality. These are young, ordinary people in an extraordinary situation. Bombs are going off. Friends are getting snatched. They are being listened-to everywhere. And yet they debate, they smoke, they laugh. They celebrate each other’s big life changes and mourn monumental losses.

Lina doesn’t forget to highlight the humanity in 5 Seasons of Revolution. This reveals itself to be the essential element. “We were starting to learn how to become invisible,” Lena narrates at one point, referencing the group’s masking of their identities. This film brings them back to life, as best as it can.

5 Seasons of Revolution premiered at the 2023 Sundance Film Festival.