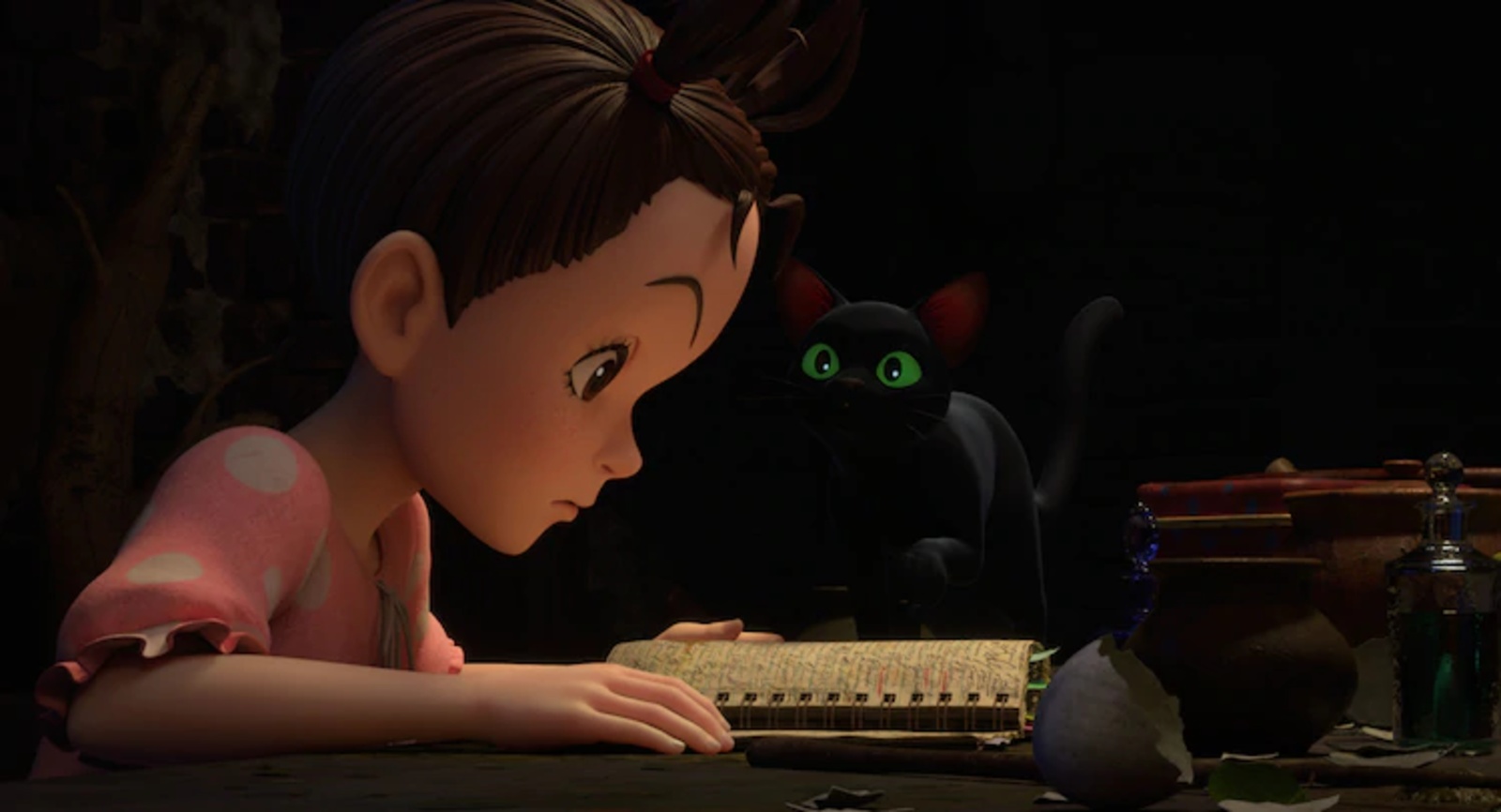 While Studio Ghibli has built a storied reputation for their meticulous hand-drawn animation, mixing in some CG only when required starting with Princess Mononoke and onward, they are now preparing to release their first fully 3D CGI animation. The project is Earwig and The Witch, Goro Miyazaki’s first film since 2011’s From Up on Poppy Hill, and today the first images have arrived.

Clocking in at 1 hour and 22 minutes, the adaptation of Diana Wynne Jones’ 2011 children’s novel Earwig and the Witch was set to premiere at Cannes Film Festival and arrive on television in Japan later this year. Following a group of orphans and a tale of witches, as one can see in the images below, this is not what one has come to expect from Ghibli, already causing a stir online. However, we’ll be curious to see what the animation looks like in motion in the form of a trailer, hopefully coming later this summer. And if you’re looking for Ghibli to return to form, Hayao Miyazaki is chipping away at his next film, though it won’t arrive for some time.

See the synopsis of the novel below, followed by the first images via Ghibliotheque.

Not every orphan would love living at St. Morwald’s Home for Children, but Earwig does. She gets whatever she wants, whenever she wants it, and it’s been that way since she was dropped on the orphanage doorstep as a baby. But all that changes the day Bella Yaga and the Mandrake come to St. Morwald’s, disguised as foster parents. Earwig is whisked off to their mysterious house full of invisible rooms, potions, and spell books, with magic around every corner. Most children would run in terror from a house like that . . . but not Earwig. Using her own cleverness—with a lot of help from a talking cat—she decides to show the witch who’s boss.