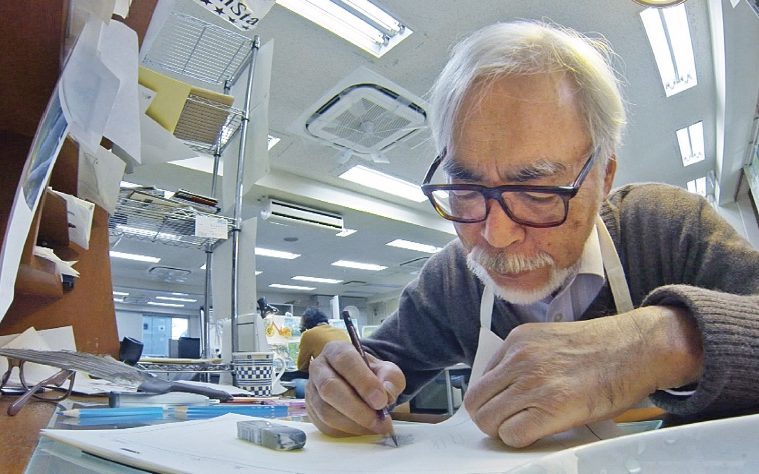 The films of Studio Ghibli are thankfully now easier than ever to watch with the recent announcement of their first-ever digital release, and we can expect a few more features from the animation company in the years to come. It was already revealed a few years ago that Hayao Miyazaki embarked on another feature, and now we have an update on that feature, as well as another from the company.

In a New Year’s message they revealed they are currently at work on two new films. While they didn’t name the second one, it may be Goro Miyazaki’s first film since 2011’s From Up on Poppy Hill, which was announced a few years back with the only detail that it would be a CG project.

As for Miyazaki’s film Kimi-tachi wa Dō Ikiru ka, which translates to How Do You Live?, the story will follow a 15-year-old boy named Koperu and his uncle, who move to a new neighborhood, as the kid deals with bullying, poverty, education, work, courage, and progress. While we thought it might see a release in time for the 2020 Olympics in Tokyo, it’s now been substantially delayed as Miyazaki takes his time.

Anime News Network reports that Toshio Suzuki revealed the film is only about 15% complete after 3.5 years in production. The 78-year-old Miyazaki is directing around one minute of animation per month compared to his prior rate of seven-to-ten minutes per month. So, by that math (85% production is left, with an average of 4.2% being completed each year) we may not see this until for another twenty years, so hopefully production speeds up just a bit.

Check out Studio Ghibli’s message below with translation by Animation Magazine.

Happy New Year to all.

Last year was not a bad year for Studio Ghibli, because it was possible to share the news of our Kabuki stage production and other works; the official announcement of Ghibli Park, and active overseas development. However, disasters such as typhoons and heavy rains in Japan are continuing, and it is painful to think that there are a lot of people who are forced to have a hard life even at this time. We would like to express our sincere condolences to those affected by the damage, and pray for the rebuilding of our lives as soon as possible.

By the way, the zodiac sign of 2020 is “rat”. Rats are symbolic of prosperity because of their prolific reproduction, and are also said to be the angels of the god of fertility. I hope that the stagnant mood of society will be renewed, and that we will have a year of hope.

Studio Ghibli continues to work on two new films. Also, Ghibli Park has started in earnest, so we hope to be able to deliver a lot of excitement this year.

And it came accompanied with this illustration from Miyazaki himself: