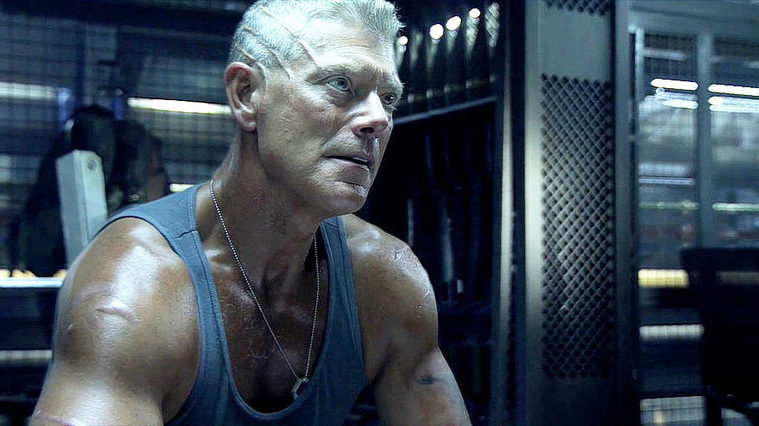 Stephen Lang Will Return For Next Three ‘Avatar’ Films, Set to Begin Shooting In Fall 2014

One only needs to look at his previous output to learn that when James Cameron does something, he does it big; with his box-office take, there’s also little question from those ponying up the money. So, for his next project he’ll not just be directing one Avatar sequel, but three back-to-back follow-ups, set to arrive every December from 2016 to 2018. With Sam Worthington and Zoe Saldana coming back, we’ve now got an unexpected addition.

Although Stephen Lang’s badass villain character Colonel Miles Quaritch was (spoilers) shot through chest by Saldana’s Neytiri in the 2009 box-office king, it looks like Cameron can invent any rules he likes on Pandora, as he’s bringing the antagonist for all three sequels. Cameron tells Deadline, “Stephen was so memorable in the first film, we’re privileged to have him back. I’m not going to say exactly HOW we’re bringing him back, but it’s a science fiction story, after all. His character will evolve into really unexpected places across the arc of our new three-film saga. I really look forward to working with such a gifted actor, who’s also become a good friend.”

One might wonder what this means for the rumored involvement of Arnold Schwarzenegger, but it seems like with Lang back, it’s a no go for The Terminator. As we wait and see, we’ve got word from Worthington on a tentative production start. The actor recently revealed, “We are going to start this time next year and we will do two, three and four. In one shot, we’ll do them simultaneously. I’ll be grateful if it finishes.”

In what form do you think Lang could return in for the trio of follow-ups?