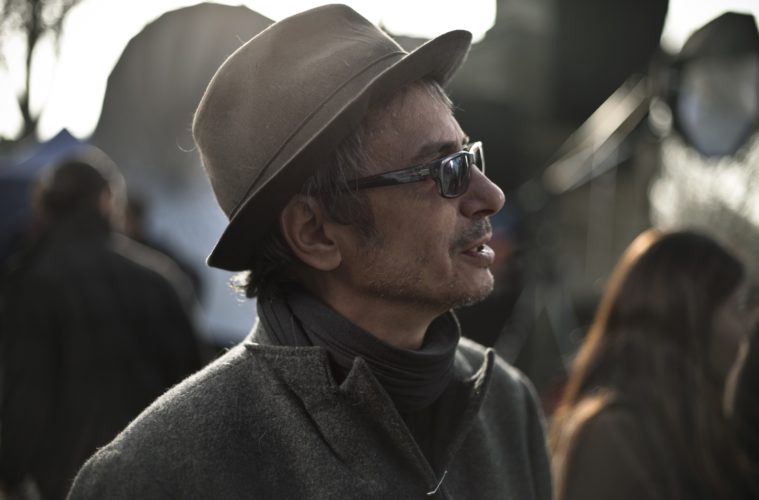 It’s been six long years since Leos Carax premiered Holy Motors at the Cannes Film Festival and we’ve been awaiting his follow-up ever since. Gestating for a many number of years, his English-language musical Annettte tells the tragic story of a stand-up comedian whose opera singer wife is deceased. He then finds himself alone with his 2-year-old daughter who has a surprising gift. The project has gone through a number of casting iterations, but the director has been holding out for his lead, Adam Driver, who has now been confirmed to be the main factor for the delay.

Sparks’ Russell Mael, who co-wrote the script with brother and band-mate Ron Mael and whose music will be featured in the film, has spoken to Independent to confirm the great news that the Amazon Studios production is still moving forward. However it is “taking longer than we had hoped” due to Driver’s commitment to the Star Wars franchise, causing production to be continually pushed back. Considering the actor has been able to make films with Martin Scorsese, Jim Jarmusch, Noah Baumbach, Terry Gilliam, Steven Soderbergh, and Spike Lee in between his trips to a galaxy far, far away, one thinks he could work out a schedule, but perhaps Carax’s shoot requires a bit more commitment due to its musical sequences.

The previous update on the film, which arrived a year ago, indicated Michelle Williams had stepped in for Rooney Mara’s role. While Mael didn’t comment on that casting, he did say Rihanna “dropping out” of the film was overblown. “She had this one small cameo picked and now I’m not even sure she will be doing that,” he said. “It was a possibility at one point but it was going to be a very small part. We were starting to read things like ‘Rihanna drops out of project!’ It was not like she had ever really been fully attached, and her role was minor at best.”

In another interview with Independent last fall, Russell Mael said, “Adam sings really well, we were really surprised,” while Ron Mael added, “Leos has shot three of the songs with Adam Driver. We got together with Adam Driver and told him it shouldn’t be a Broadway thing but should be more naturalistic with a certain pop sensibility and he totally understood that.”

Production on Episode 9 of Star Wars is to begin this July, then The Times reports Annette will begin shooting in the summer of 2019.