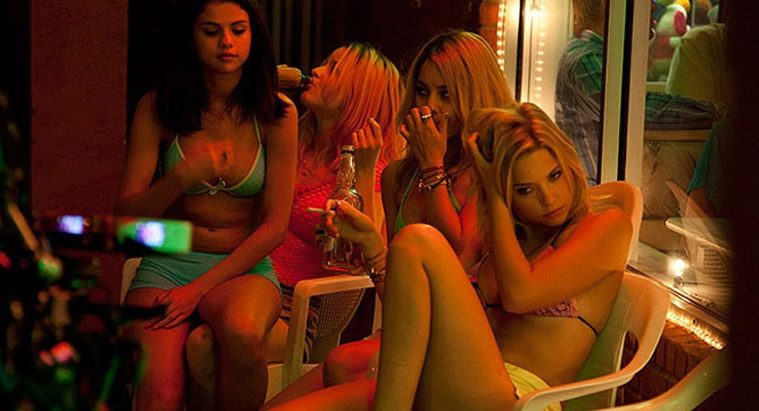 “I mean, Harmony [Korine] and I are certainly going to do something else together,” James Franco said last fall, following the release of Spring Breakers. When asked specifically about a sequel to his Florida-set party-film-meets-descent-into-nightmare he added, “I don’t think Harmony really wants do to Spring Breakers 2. He’s not the one who’s been talking about it.” It looks like Alien himself was right, as a sequel has now been announced with Korine’s name not mentioned.

Wild Bunch will begin selling Spring Breakers: The Second Coming at Cannes, Screen Daily reports. Jonas Åkerlund (Spun, Small Apartments) is on board to direct with a script coming from none other than Irvine Welsh (Trainspotting, Filth). While there’s no word yet exactly who will be back, producers say, “It’s not a direct sequel although there are allusions to some of the characters in the original,” with a mix of new and old cast.

The brief logline says the story will follow “the Spring Breakers doing battle with an extreme militant Christian sect that attempts to convert them.” This sounds quite different from Franco’s original prequel idea which was a story on the beginnings of Alien and Gucci Mane’s character, but potentially enticing all the same with Welsh penning. Hopefully Åkerlund can live up to Korine’s visual style, a major attraction in the first film (or rather, deterrent, for those expecting something much different.). There’s no word yet on when this might kick off production, but if sales go well at Cannes, expect it sooner than later, and one can listen to our discussion on the first film here.

What do you think of a Spring Breakers sequel scripted by Welsh?