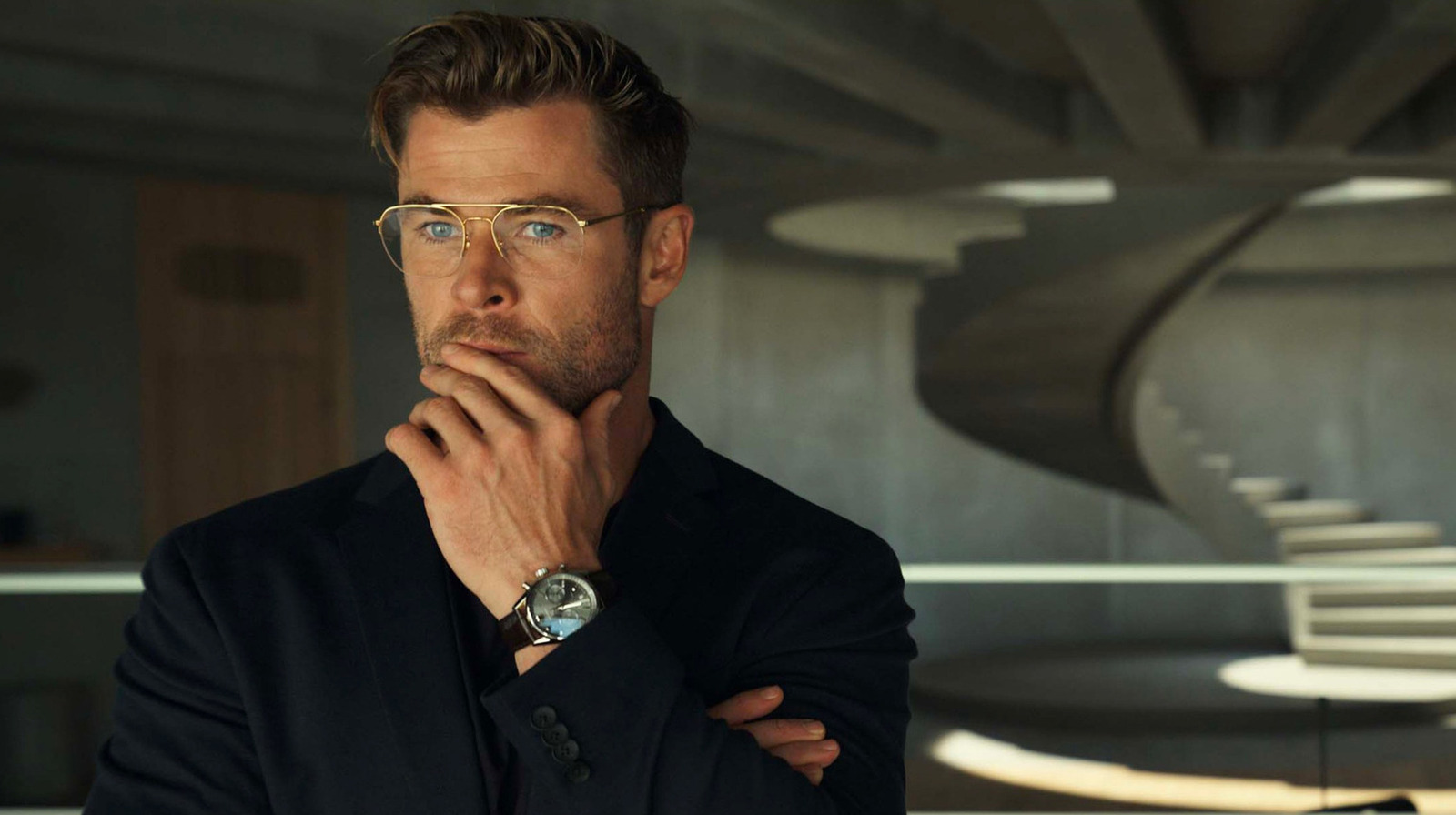 Based on a New Yorker short story, Spiderhead has the low-stakes but high-concept feeling of something probably closer to an episode of Star Trek: The Next Generation than sci-fi blockbuster. Coming from Joseph Kosinski, a director who can be praised for making pivots of some kind with every new film, it allows his architectural sensibilities the opportunity to run wild on a large set, but is if anything a dialogue-heavy story that’s told strategically through screens, buttons, vials, and volume bars. It’s far from the genuinely awe-inducing spectacle of Top Gun: Maverick or garish cartoon world of Tron: Legacy—almost closer to an exercise in semiotics.

The titular Spiderhead is a high-tech compound where select American and Australian prisoners are experimented on, through high-tech control panels attached to their bodies, with what seems like mood alteration. Well-dressed head honcho Steve Abnesti (Chris Hemsworth) conducts the experiments—such as making two inmates have sex, or worse. He positions himself as revolutionizing love and happiness à la some nefarious Silicon Valley CEO boasting the world-changing capabilities of his app designed to turn homeless people into Wi-Fi signals. But his actions become complicated upon taking a strong liking to one of his subjects, Jeff (Miles Teller), a melancholy bro haunted by the trauma of accidentally killing multiple friends in a drunken vehicular manslaughter incident. The two can get high together, but Abnesti doesn’t fail to passive-aggressively chide him with “don’t forget, you’re here forever” sentiments, underlining that he’s truly a prison warden beyond the Don Johnson-ified Steve Jobs veneer.

Though this anti-bromance is compelling, a few of Spiderhead‘s shortcomings boil down to the human element. While maybe a stealth deconstruction of the sinister side to epic bacon, Chris Hemsworth’s performance feels too steeped in his smiley Marvel mode where he should be a more intimidating presence. A scene of him dancing solo to Bryan Ferry’s “More Than This” in pajamas will surely generate gifs, but compare him to Teller—an actor who can effortlessly switch from sad sack to cock of the walk—and you notice what’s missing in toto.

Overall it’s a very odd, slightly awkward film, as one of a design nerd dealing with sex, trauma, and big pharma malfeasance probably should be. Yet there’s intriguing tension between the lame quips and wink-wink soft-rock soundtrack (likely the contribution of Deadpool screenwriters Rhett Reese and Paul Wernick) against Kosinski’s cold mise-en-scène—until completely petering out in its climax, when you finally realize there’s not much there there, so to speak, and without some truly thrilling set piece to at least make it go down easier.

That Spiderhead’s thesis comes down to a platitude about “taking the good with the bad” when the majority of this film seemed to almost mine—in regards to technology morphing with the mind and body as a coping mechanism for greater problems—terrain like David Cronenberg’s recent Crimes of the Future, it can’t help seem disappointing. Though with the final images, characters blasting off into beautiful blue seas and skies, it’s easy to remember the good eye Kosinski has. One just wishes everything about the film could be in sync.

Spiderhead arrives on Netflix on June 17.