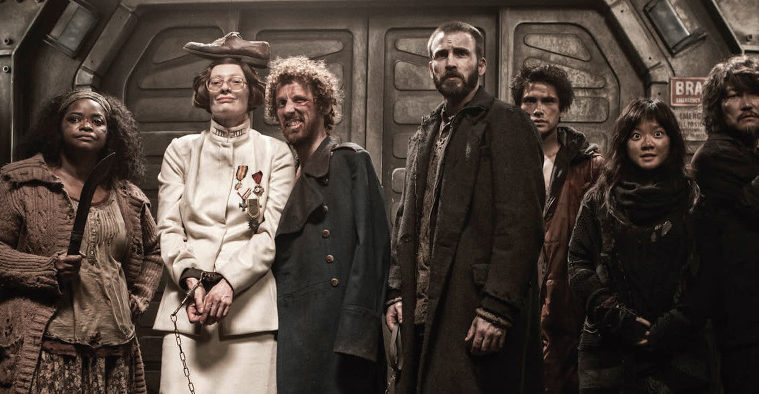 With his South Korean brethren Park Chan-wook and Kim Ji-woon releasing their English-language debuts in the first half of the year, it’s time for Bong Joon-ho‘s long-awaited Snowpiercer to arrive and tonight, we finally have a release date. Although The Weinstein Company still has yet to secure U.S. bow, South Korea will be first to witness the film, as distributors CJ (via @pierceconran) have set an August 1st release there, which hopefully means we could at least see this on the fall festival circuit before a domestic release.

Taking place inside a train, the film stars Chris Evans, John Hurt, Tilda Swinton, Jamie Bell, Alison Pill, Ed Harris, Ewen Bremner, Octavia Spencer, Kang-ho Song and Ko Asung. The project is set in a future where after a failed experiment to stop global warming, an Ice Age kills off all life on the planet except for the inhabitants of the Snowpiercer, the aforementioned train. One can see the first brief footage in a featurette as we await the trailer.

Are you looking forward to Snowpiercer? What about the others?