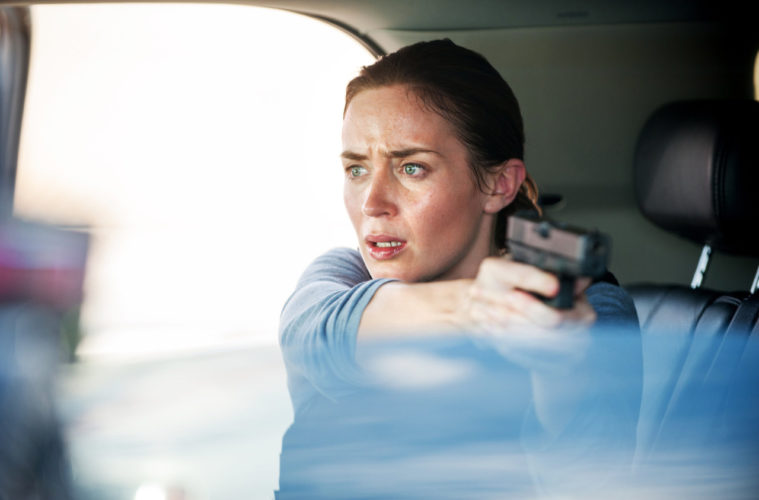 ‘Sicario 3’ Already in the Works

Things are moving much faster than anticipated on a follow-up to Denis Villeneuve‘s Sicario, so much so that another sequel is already in the works. With the original director currently finishing up work on his Amy Adams-led sci-fi film Arrival (previously titled Story of Your Life) — currently set for a November 11th U.K. release, and we’ve heard is coming out the same month in the U.S. —  he handed the reigns over to Stefano Sollima (the director and creator behind the Italian miniseries Gomarrah, based on Matteo Garrone‘s break-out feature). Titled Soldado, which translates to soldier in English, the script by the original’s writer, Taylor Sheridan, doesn’t feature Emily Blunt; Benicio Del Toro‘s hitman character, Alejandro Gillick, instead takes the focus and Josh Brolin‘s Matt Graver returns.

In an interview with The Independent, Sollima has now revealed plans to make more than just one sequel. “The idea is to make three anthology movies with some of the core actors and [set] in the same world,” he says. “It’s not a real sequel. It’s absolutely a standalone movie — a completely different story with just two of the characters that you met in Sicario. The reason that I love [Soldado] is because it’s not exactly a sequel; it’s something you can catch and enjoy even if you haven’t watched the first one.” He also notes Blunt was never expected to return, and that “the antagonists are now absolutely the main characters.”

“I loved Sicario,” he adds. “I feel the movie was quite similar to my approach so, to me, I’m just shooting another movie. Soldado will be much more cinematic than Sicario was; it’s got an incredible amount of huge action sequences in there. It will be a different journey in the same world. Even the theme is different – it’s not drug dealing, it’s more on immigration.” Hopefully they don’t fully go the bigger-is-better route, but thinking of the franchise as an anthology makes us a bit more curious as to what is in store. For more on the original, check out our extensive talk below, if you missed it.

Arrival is expected to (ahem) arrive in November and Soldado will likely be released in 2017, following a shoot this fall.

What do you think about the future of the Sicario franchise?