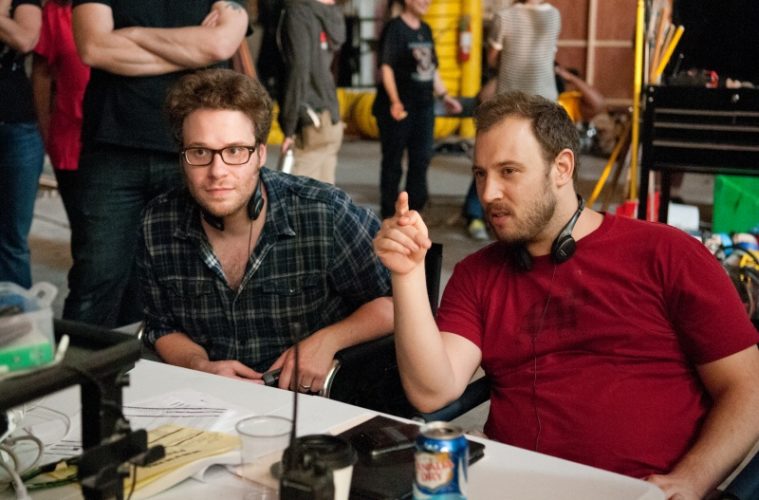 After taking on the tumultuous founding of Facebook with The Social Network, producer Scott Rudin has set his sights on another major technological battle: videogame console wars. He’s now hired This is the End duo Seth Rogen and Evan Goldberg to write and direct a film based on Blake Harris‘ forthcoming book Console Wars: Sega, Nintendo and the Battle that Defined a Generation. Set in the 1990’s, Book Trade (via Collider) says the source material “draws on hundreds of interviews to present the first full account of this titanic corporate battle, which transformed computer games into a global industry that last year recorded sales of $50 billion (surpassing the film and music businesses combined).” The duo sound like the perfect fit for the subject matter, so hopefully they’ll be able to fit into their busy schedules.

Next up, Danny Boyle still hasn’t officially decided on his follow-up to Trance, but we have another one to add to the pile. According to Page Six, he’s reteaming with his Slumdog Millionaire and 127 Hours writer Simon Beaufoy for a biopic on professional tennis player Billie Jean King. With Boyle and Beaufoy reportedly  meeting with King recently to discuss the project, it will focus on the famous tennis match she had with Bobby Riggs in 1973, later dubbed The Battle of the Sexes.

Switching gears to the horror realm, Eli Roth‘s first directorial effort in seven years, The Green Inferno (review), will land this fall, and today brings news regarding his follow-up. The Wrap reports that he’s scripted Knock Knock with his Aftershock team of  Nicolas Lopez and Guillermo Amoedo. The film, which has a modest budget of less than $10 million, follows two girls who seduce a married man and see his life crumble. Production kicks off in April for a likely 2015 release.

Despite how one may feeling regarding his directorial efforts, one can’t knock Brett Ratner’s producing slate. He recently helped to fund a documentary on Alfred Hitchock‘s previously lost Holocaust documentary, and now he’s giving life to Edward Norton‘s long-time passion project. Deadline reports that Norton is now set to direct and lead an adaptation of Jonathan Lethem‘s Motherless Brooklyn, which, thanks to RatPac Entertainment, will begin shooting later this year in New York. Switching the story to 1954, it will follow Norton as Lionel Essrog, a private detective who has Tourette’s syndrome and attempts to solve the murder of his sole friend.

Lastly, following his hit Ride Along, director Tim Story is going to portray quite an intriguing relationship for upcoming feature. THR reports that 20th Century Fox has picked up his pitch titled Diplomats, which is based  on the relationship with Dennis Rodman and North Korean dictator Kim Jong Un, who connected over basketball and launched a game in Pyongyang. We’d imagine a sequel to Ride Along will be coming first, but this certainly piques our interest more.