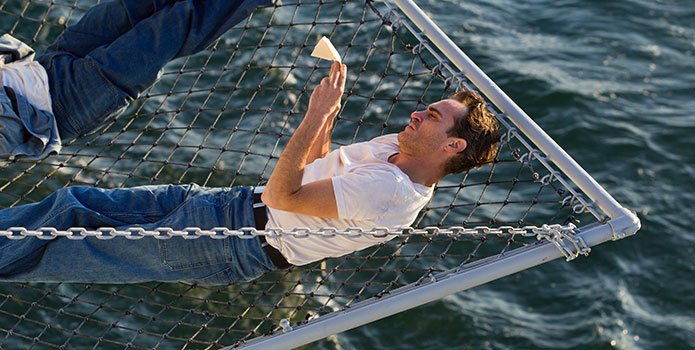 With a release in almost exactly a month, it’s hard to believe Paul Thomas Anderson‘s first film since There Will Be Blood is finally upon us. Following a listen of the first single on Jonny Greenwood‘s score, we’ve not got a brand-new theatrical trailer for the film, one that played in front of some screenings of The Bourne Legacy last weekend. After watching both teasers and the first theatrical trailer, this is where yours truly draws the line. But everyone else can see it below via Cigs & Red Vines for the film starring Amy Adams, Joaquin Phoenix and Philip Seymour Hoffman.

Update: It looks like the below is a clip promoting a screening of the film tomorrow night in Chicago in 70mm, and you can find more details here. We’ll post the other trailer if it comes online.