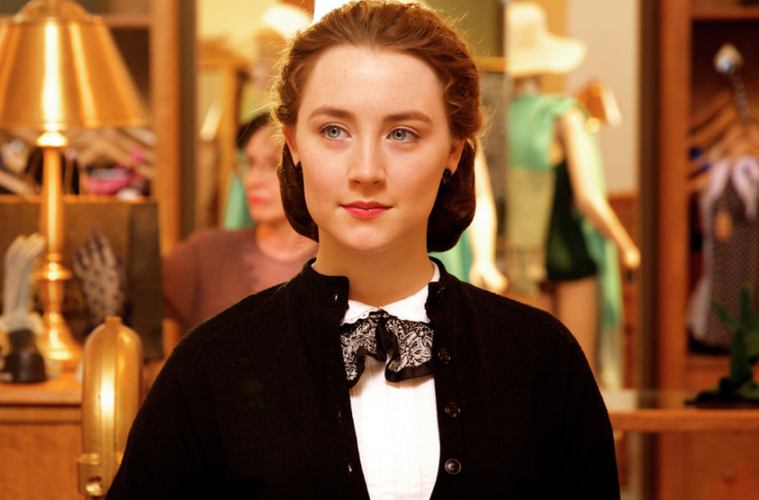 Although she’s only 21, Saoirse Ronan has carved out quite a career working with Wes Anderson, Studio Ghibli, Peter Weir, Neil Jordan, Joe Wright, Peter Jackson, Andrew Niccol, and more. So, while it might seem a bit early for a career-spanning conversation, she had much to discuss when she came to the London Film Festival for a screening of Brooklyn, featuring perhaps her most acclaimed performance.

Adapted from Colm Toibin‘s novel by Nick Hornby with direction by John Crowley (Boy A, Closed Circuit), the period drama Brooklyn was one of our favorite films from this year’s Sundance. Ronan leads the story about a young woman’s emigration from Ireland to America in the fifties, caught in the middle of two romances (between Domhnall Gleeson and Emory Cohen). We also have a new U.K. trailer for the film tied to its BFI premiere.

We said in our review, “Presented with the tale of an Irish immigrant, one would perhaps expect a dreary and brutal film about the hardships of moving to America. In a way, John Crowley‘s Brooklyn is that movie, but, really, it’s so much more. While the Nick Hornby-scripted adaptation isn’t without its tough drama, Crowley’s picture is also full of kindness and laughs.” BROOKLYN tells the profoundly moving story of Eilis Lacey (Saoirse Ronan), a young Irish immigrant navigating her way through 1950s Brooklyn. Lured by the promise of America, Eilis departs Ireland and the comfort of her mother’s home for the shores of New York City. The initial shackles of homesickness quickly diminish as a fresh romance sweeps Eilis into the intoxicating charm of love. But soon, her new vivacity is disrupted by her past, and she must choose between two countries and the lives that exist within.