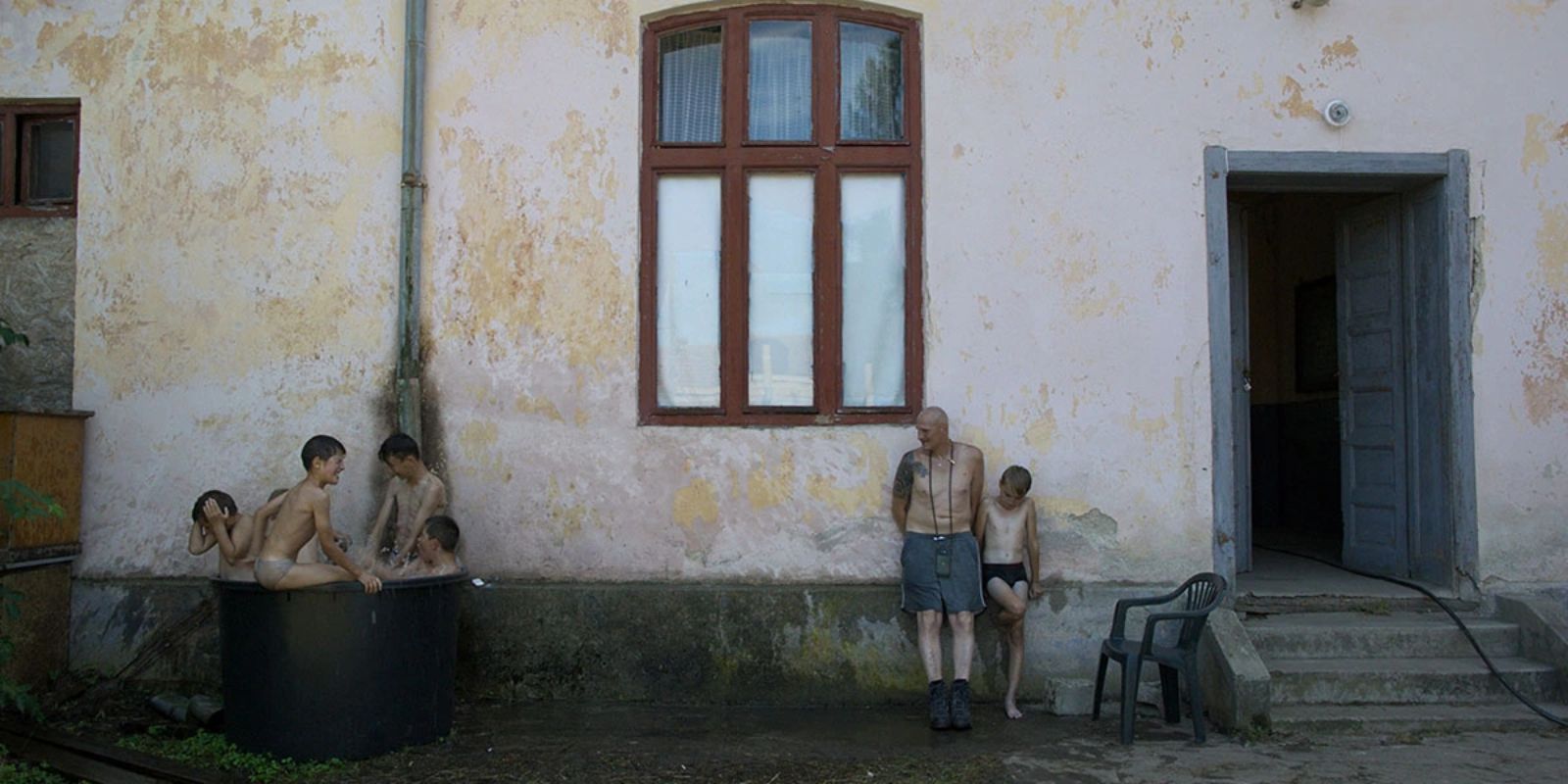 Ulrich Seidl is a director of curiosities, of shabby characters, pursued with an uncompromising and sometimes unfashionable gaze. Yet Sparta arrives in competition at the San Sebastian film festival at the head of considerable controversy not from its disturbing themes of pedophilia, but from incidents off-screen.

The Spanish event debuts the movie after the Toronto film festival scrapped its world premiere at the last minute in the fallout of allegations made in Germany’s Der Spiegel. The weekly magazine’s lengthy investigation said Seidl didn’t tell the underage cast and their guardians of the story’s themes and that he underprepared his mainly non-professional performers of the film’s nudity, alcoholism, and violence. Seidl denies the accusations, but canceled his appearance and the accompanying press conference in the Basque Country to support the film.

As to the charges against Sparta, on screen there is adult nudity in the space of––but not directly involving––children, and the film certainly contains scenes that would challenge young people even if unaware of their implications. Yet Sparta is in fact less confrontational about its subject matter as, say, Todd Solondz’s Happiness. It is also more reflective, or at least standoffish than some of Seidl’s own back catalog, though arguably that seeks to lessen the impact of the film’s bleakness.

Still, this is an Ulrich Seidl movie, with decidedly Seidl-esque characters and themes. Yet with all the background noise, it’s perhaps gratifying that Sparta is one of the Austrian director’s lesser works, carrying much of his traditional oblique downcastness, but less of the satirical bite and visual richness that elevated films like his Paradise trilogy a decade ago.

Some of that lack of ambition may be because this is a companion piece to Rimini, Seidl’s first narrative film in nine years that unspooled at the Berlin film festival earlier this year. That film introduced us to the grotesque bar singer Richie Bravo and his family of misfits, with this second part of the Rimini extended universe continuing this depressing drama with Richie’s brother, Ewald (Georg Friedrich). He’s an Austrian ex-pat in Romania working as a power station engineer, whose relationship with his glamorous girlfriend hits the rocks as he falters to erectile dysfunction. These are raw scenes shot in the typical upfront way Seidl is suited to.

The source of Ewald’s problem is perhaps that he is drawn to children, and he seeks to insert himself in the lives of kids in a poor countryside neighborhood in poverty-stricken Transylvania. It’s here he buys an abandoned school, renovating it to become a compound he names Sparta, where he ostensibly teaches children self-defense. In reality, it’s the chance to get close to and photograph children in a state of undress. Friedrich, whose rasping, squeaky voice belies the image of a predator, is really rather good as someone whose distressing predilections appear to disturb himself as they would any onlooker. Ewald is well aware of how he appears to others, and what little he can do to change that.

The provocativeness in Sparta is not necessarily in Ewald’s actions, but in the sympathetic, or at least non-judgmental, view that the film shows toward its main character. The film’s villains instead are more plainly the children’s absent, abusive fathers or the system that neglects these youngsters to the extent that they fall willingly into the arms of a would-be predator.

Sparta‘s look matches its mood, shot with dank and harsh lighting by Seidl’s regular photographer Wolfgang Thaler, and the film features an impressive final performance by the late Hans-Michael Rehberg as Ewald’s nursing home-bound father, singing ancient Nazi anthems to retain some part of his identity as he fades away to dementia.

The juxtaposition of stories doesn’t really work, and Seidl rather falls back on allowing the film to revel in a tone of malaise without raising any significant tension. In his words explaining his lack of attendance at San Sebastián, the director said he wanted the film instead to speak for itself. The problem is, however, it has too little to say.