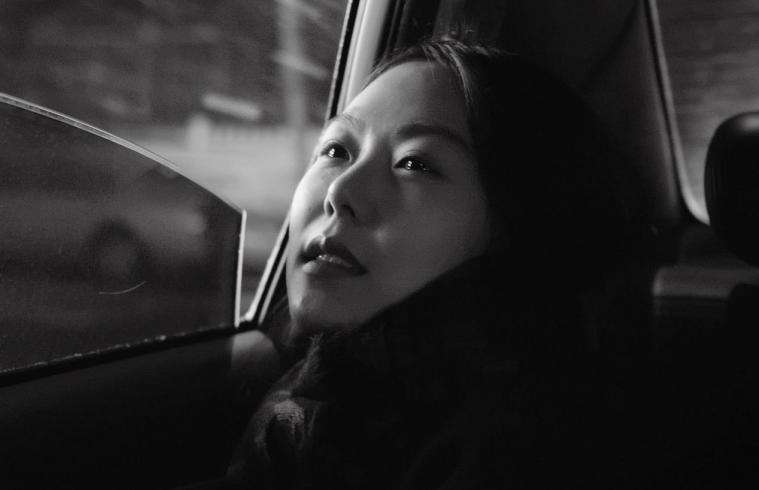 After the relatively lackluster theatrical release year of 2017, the variety and depth of quality found in 2018 felt like a breath of fresh air. Due to other commitments, I wasn’t able to watch (or write on) as many films as in previous years, but what I did see more than satisfied. True, there were more known quantities, and the pleasures felt slightly more familiar, but even in those environs there is a great deal of comfort and inordinate amounts of true artistic ingenuity to be found.

My favorite films can be roughly divided into the top two films and the other eight, so seismic are the former movies’ impacts, but this should by no means discount the immense value of the rest. A few films that I couldn’t fit into this expanded fifteen but which continue to stick with me, among others: A Star Is Born, Western, and Notes on an Appearance.

Before We Vanish, Isle of Dogs, Claire’s Camera, Happy as Lazzaro, Support the Girls

In his follow-up to the already epochal Moonlight, Barry Jenkins expands his canvas and outlook to an astonishingly great degree. If Beale Street Could Talk exists in the continual dialectic between the intimate coupling at its core and the wider world—both familial and societal—that inevitably presses upon it. In its quotidian pace, often finding moments of openhearted expression, the film stands in for so much more, while resolutely remaining its own exquisite story.

9. Let the Sunshine In (Claire Denis)

The description of Let the Sunshine In as Claire Denis’s Hong Sang-soo film is at once appropriate and yet slightly misleading: it is a film founded upon frustration and recurrences, centering around a woman falling in and out of love with numerous suitors. But Denis puts her own stamp on this material through her signature tactility and her use of the ever-luminous Juliette Binoche, whose sensuality anchors the film in an overflowing lightness of being.

At once impenetrably hazy and startlingly clear, Lucrecia Martel’s Zama emerges as a film impossibly burrowed into the mindset of its eponymous bureaucrat, letting the torpor of his entrapped existence in a strange land suffuse every odd encounter, every diminishing framing, every unsettling flight of fancy. Appropriately, Martel refuses to provide any sense of concrete resolution, itself its own assertion of the primacy of the strange. All is real, nothing is real, everything is fated.

Lee Chang-dong’s Burning is a film of mysteries; not just the central mystery that manifests itself only gradually, but also the continually shifting, never fully solidified figures of its central characters. Through its preponderance of signifiers, each immediately recognizable yet deployed at unexpected moments, the movie feints and pokes, reinforcing and yet negating the possible insight generated by this object. To put it lightly, the cumulative impact of this sleight-of-hand is a force to behold.

Over the past decade, Robert Greene has carved out a place as one of the most vital American documentarians working today, and with Bisbee ’17, he has produced perhaps his most accomplished work to date. A chronicle of the centennial reenactment of the forced deportation of mining workers that occurred in the eponymous Arizona town, the film emerges as a clear-eyed, blistering look into contemporary political divisions through an entire spectrum of viewpoints, while still possessing some of the most lucid and impressive filmmaking of the year.

The Coen brothers undertook an array of landmarks in the making of The Ballad of Buster Scruggs—the digital cinematography, the Netflix distribution, the anthology format—yet all of these coalesced to form one of their strongest films. The six-story structure offers ruminations on death and fate in a manner that enhances all of the Coens’ calling cards while keeping the film rooted in the Western genre as a whole, examining it with an elegiac, always searching gaze.

This eminently pleasurable entry in one of the finest franchises of our time didn’t come as a surprise on the most basic level; after the highs of its two immediate predecessors, its quality was almost assured. But Mission: Impossible – Fallout sustains itself with its relentlessness, managing to carry out action setpiece after setpiece with a finesse embodied in the spectacle of Tom Cruise in motion: running, falling, climbing, always with the eyes on the prize.

3. The Day After (Hong Sangsoo)

In The Day After, the ever-prolific Hong Sangsoo returned to black-and-white for the first time since his 2011 masterpiece The Day He Arrives, and turned out some of the elusive, bleakly hilarious writing and visually nuanced direction of his career. A quintessentially Hongian story of failure, love, and repetition, bolstered by one of the strongest casts of the year, it carried something unexpected: genuine hope, whether it be found in faith or ultimate fidelity.

2. The Other Side of the Wind (Orson Welles)

Leaving aside the genuine miracle that is this film’s long-awaited completion, or at least some approximation of Orson Welles’s vision, The Other Side of the Wind is simply one of the most gleefully enjoyable films in some time, applying the anarchic editing patterns of F for Fake onto a “narrative” work. The results, coupled with the stellar contributions from all, including the finest ensemble cast of the year, form a fascinating, troubling, utterly brilliant whole.

Shot-for-shot, moment-for-moment, no film affected or transported me to nearly the same degree as First Reformed did. In keeping with its bevy of cinephilic signposts conveyed through the harsh light of digital, it is a film that feels both vitally of-the-moment and yet somewhat outside of it. Paul Schrader recognizes that the troubles of the present are intrinsic to the suffering of humanity, and that transcendence, however difficult, is possible. An optimistic film? Only God knows.