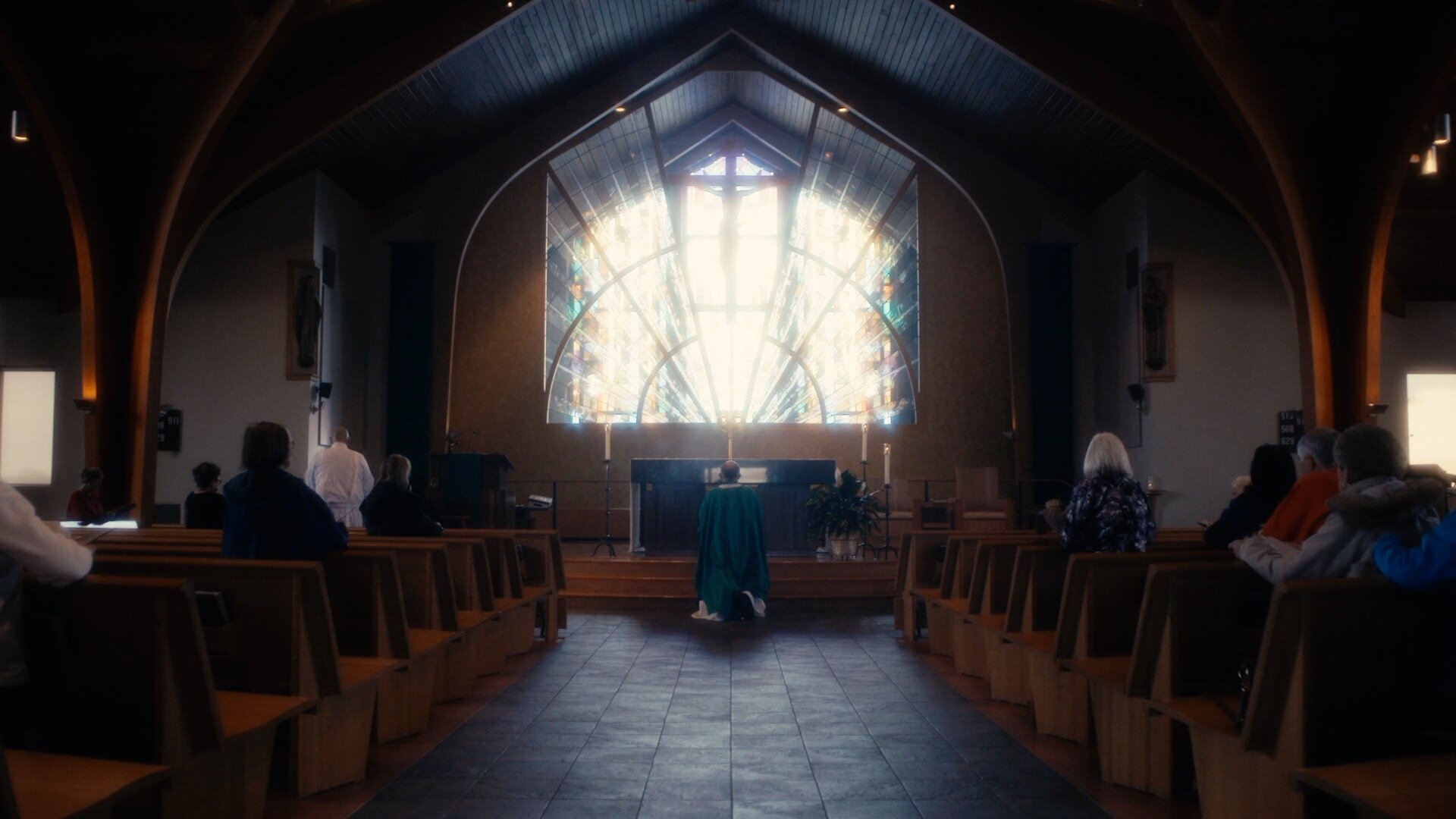 Last year, we reported on the formation of the exciting new platform Exquisite Shorts, which takes a unique approach to curation and distribution. Founded by Canadian filmmaker Sophy Romvari, the platform is run entirely by filmmakers, one of which will select a short film from a pool of submissions. The film will screen for free online for two weeks, then the director of the selected film will select another film to screen, and so forth. We’re now pleased to announce the second film to be selected, Ryan McGlade’s Hoss, curated by Pablo Hernando, whose Solar Noise was the first selection on Exquisite Shorts.

A Programmer’s Choice Award winner at Bushwick Film Festival, and selection at Nashville Film Festival, Palm Springs International ShortFest, Maryland Film Festival, Montclair Film Festival, and more, here’s the logline: “In a small rural town after mass one Sunday, Hoss goes to the empty house of a recently deceased friend only to find an unexpected and unfamiliar visitor inside.”

One can watch Hoss here, including an introduction by Hernando.

“It’s an amazing honor for my film Hoss to be selected by Pablo Hernando – his film, the previous Exquisite Shorts selection Solar Noise, blew my mind,” says McGlade. “It feels like it creates its own totally unique cinematic language to explore such a huge range of emotional and existential ideas, somehow also threaded through with a trenchant satire of celebrity culture. If there are any links to be found between Solar Noise and Hoss, my guess is that they both might have something to do with spiritual loneliness within a reality that feels ungraspable. When we made Hoss, we wanted to make something that captured the mystery and aura around a specific place and the people who inhabit it. It’s very exciting to know that it resonated with a filmmaker whose work I deeply respect, and I’m really looking forward to checking out the submissions for the next selection.”