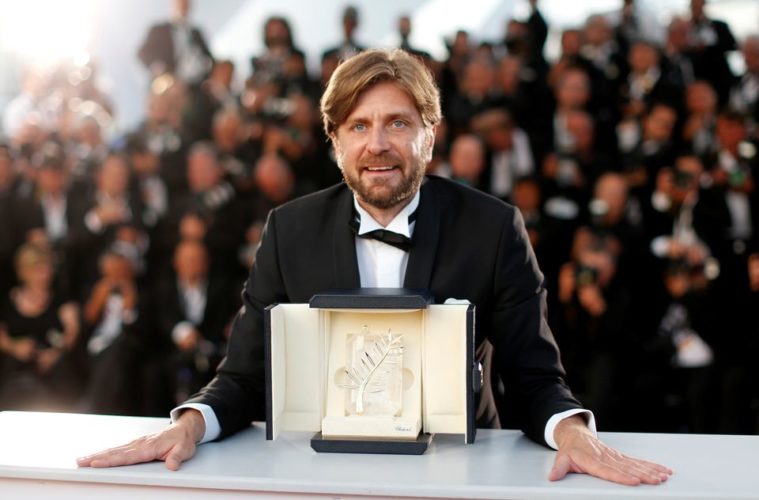 Following his acclaimed relationship comedy Force Majeure, Ruben Östlund returned to Cannes Film Festival, this time in competition with the late addition The Square — and it was for good reason, as it picked up the Palme d’Or. One of our favorites of the festival, we said it’s “an acerbic, sphincter-tightening dark comedy that works as a sort of drawn-out spiritual castration for its über chic Stockholm art curator protagonist.”

Although Magnolia Pictures has yet to officially set a release date, the Swedish director has already revealed his next feature. Speaking to Variety, he says Triangle of Sadness will be his next project and he’ll be moving from the art world to the arena of fashion. The satire, whose title comes from “term used by plastic surgeons to fix a wrinkle between the eyes with Botox in 15 minutes,” will feature two top models who are looking to leave the business and want to do so flawlessly. The main characters are a male model  who “suddenly starts balding and sees his prospects shrink” and a lesbian female model who “spurns rich men’s lavish offers.”

“In the modeling industry, people start looking for an exit at a very young age, but for men it’s harder to use their looks to secure a stable financial future. Female models, meanwhile, often have the option to marry a very rich guy, unless they’re not into men, like our female protagonist,” the director says of his satire, which will be “a warm portrait of people trying to deal with a cynical industry and show the extent to which economics are connected with looks in our society.”

As we await casting for the anticipated project, check out the director’s talks at Cannes below.