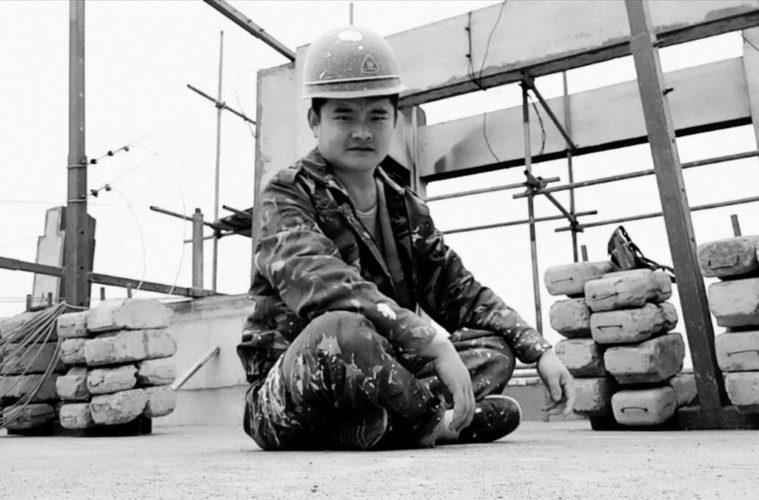 In 2017, by the time the Chinese government began to furiously clamp down on the country’s live-broadcasting frenzy, a whopping 422 million Chinese regularly tuned in to stream their everyday lives, and watch other people broadcast theirs. Think of the whole phenomenon as a cross between video games and reality TV. Live streamers, otherwise known as anchors, sit before the camera to perform all sorts of routines, from the most uber-eccentric dance to the most ostensibly banal stroll; audiences reward them with gifts, which the streamers can exchange for cash. Zhu Shengze’s poignant Present.Perfect. follows a dozen anchors over a period of ten months. It distills some 800 hours of live footage into a 124-minute documentary–a black-and-white collage stirring questions that far transcend the country and the zeitgeist it captures.

Intelligently eschewing the country’s glitziest live-streaming stars, Zhu zeroes in on a few anchors who seem to premise their online antics less as a means to earn money and more as a way to foster human contact–however tenuous the online interactions with their audiences may be. There’s a bored tower crane operator who broadcasts vistas from his seat only to beg his audience to come hang out; a girl with muscular dystrophy who roams her village’s streets with a camera fixed on her wheelchair; a man with Idiopathic Short Stature who streams his days spent drawing with chalks on sidewalks; a street dancer with a questionable sense of rhythm chased by the authorities; a middle-aged cross-dresser; a thirty-year-old man with stunted growth.

Yes, the anchors Zhu follows are all unmistakably plagued by financial or health issues (or a combination of the two) but aware as they are of the difficulties they’re up against, they are also all firmly convinced of the streams’ redeeming powers. Live-broadcasting–as it is understood and justified by a few of the most articulated of the batch–turns into an escapist machine. “We get paid 60 yuan an hour,” complains a textile factory worker sowing her way through jeans, “but at least we get to live-stream.” Far more than a mere anodyne entertainment, online broadcasting offers a palliative against loneliness, a flickering solace from an offline world which has pushed them to its periphery.

If overcoming those misfortunes is impossible, opening up with strangers can be a surprisingly liberating way to come to terms with them, and Zhu makes room for a few sequences when the anchors poke back at their followers’ impish curiosity. “I always look handsome,” says the street artist with Idiopathic Short Stature, “not just today.” And well into Present.Perfect.–possibly the documentary’s most moving segment–the thirty-year-old man with stunted growth reveals he’d been cajoled into becoming an anchor by another live streamer he’d been following for a while (a user by the online sobriquet “all positive vibes”) who persuaded him to talk freely and unapologetically about his condition. “I want to live my life differently,” the man tells his audience, “and that’s why I force myself to live stream.”

In a documentary dotted with confessionals of devastating sadness, their poignancy bursts most achingly when the anchors seem to realize that live streaming remains a hopeless mirage–a way to blur the boundary between the online and offline world, perhaps, but an illusion nonetheless. “Do we still have something called friends?” wonders the chalk artist. “Yes, but rare.”

Present.Perfect. is not the first Chinese film to be toying with found footage. In 2017, Xu Bing’s Dragonfly Eyes offered a melodrama culled from 10,000 hours of publicly available surveillance videos, and patched into a cohesive 81-minute story voiced by actors. But while Xu’s work, peppered with real footage of deaths, suicides, and sequences of wanton cruelty, was justifiably accused of turning real-life tragedies into a spectacle, Present.Perfect. appears somewhat immune to the charge.

Zhu’s documentary is not any more voyeuristic than the hosts allow their showrooms to be–which raises interesting questions as to the relationship between the anchors and us, Zhu’s audience. There is something strikingly disturbing in watching the showroom hosts stare at the camera and interact with their followers–all the more so when the requests made by their faceless spectators veer into a belittling, humiliating terrain. They are not fourth-wall breaking moments, because there was no wall to break in the first place. That we may not be able to send questions and interact the way showroom guests do with anchors is beside the point; the distance between us, the online audience, and hosts is brought to a zero. We do not just witness the poking, we actively partake in it – which accounts for the sense of guilt and uneasiness that contribute to make Present.Perfect. such a perturbing experience.

In June 2017, as a new draconian cybersecurity law came into being, China’s live-stream universe was brought under the supervision of the official Cyberspace Administration. Countless streaming channels–including some Zhu zeroed in on–have been shut down, their anchors wiped out from the internet. Speaking to Film Comment from Rotterdam, where Present.Perfect. nabbed the Tiger Award for best film, Zhu said turning all the footage into black and white was a means to organize it into a visually cohesive whole. But the decision also dons the whole montage the feeling of a snapshot from an irretrievable past, which bodes well with the nostalgic aura Present.Perfect. is imbued in: a portrait of a long-gone present stretched out into an ephemeral and disquieting eternity.