Rotterdam Review: Riders of Justice Sets Mads Mikkelsen on a Rollercoaster of Twists 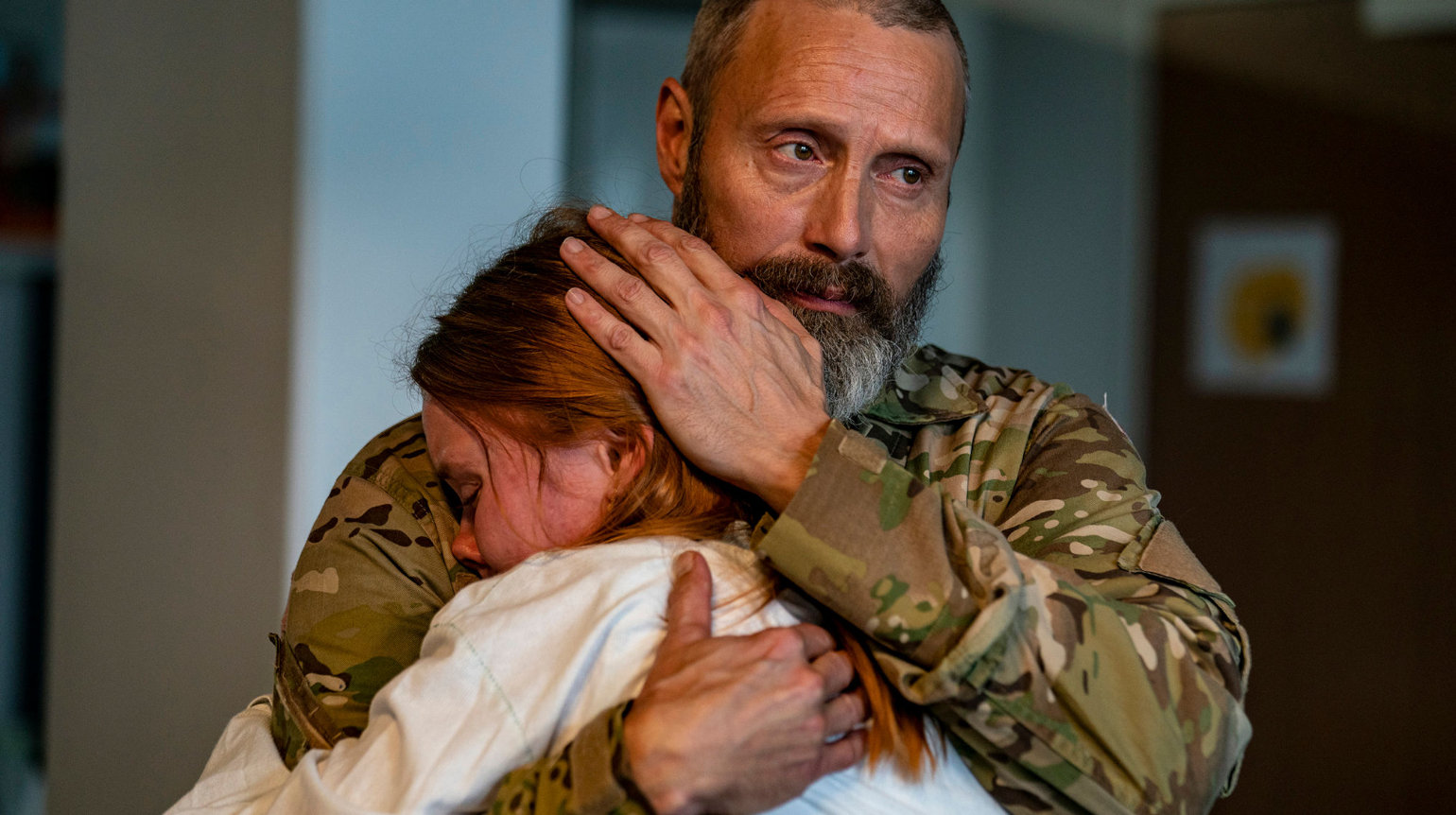 Opening the 50th International Film Festival Rotterdam is Anders Thomas Jensen’s entertaining rollercoaster of a film Riders of Justice, following a soldier named Markus (Mads Mikkelsen) who risks it all to take revenge on the criminals that may or may not have had something to do with the untimely death his beloved wife.  Although this film is neither genre-defying nor age-defining, its touching message is executed methodically.

Mikkelsen is, as expected, the star of the show, hiding a vulnerable core. The moment we meet Markus, he seems like a responsible parent. Hardened by his time in the military, he comforts his daughter through the funeral ceremony without shedding a single tear himself.

But then he starts drinking… and smoking… and punching people in the face. When two hairy, unemployed statisticians show up at his doorstep and tell him the accident that killed his wife possibly wasn’t an accident at all, Markus accepts their outrageous hypothesis without any real questioning whatsoever. In other words: he isn’t looking for truth so much an excuse to vent his fury.

Markus’ self-destructive grieving process may be the film’s strongest center of gravity, but it’s not its only one. The supporting cast has its own demons, and these often vie for the viewer’s attention. Overweight hacker Emmenthaler joins Markus on his trip to the dark side but turns back before it’s too late. His colleague Lennart teases an unspoken history of abuse that is never fully explained, yet evidently informs his character.

Then there’s Otto (Nikolaj Lie Kaas), a probability-obsessed researcher with a paralyzed arm who acts as a thematical foil for Markus. Unlike the hellbent protagonist, Otto knows better than to point fingers. There are no accidents, he yields, but the number of moving parts factored into any cause-and-effect-scenario has to be so mindbogglingly huge there might as well be no underlying reason for anything at all.

Granted, this is no highbrow thesis, but Jensen manages to avoid turning it into a cliché, and that’s admirable. The fact that this thesis also provides an ample excuse for the film’s seemingly circumstantial setup is just icing on the cake. In the hands of a less skilled filmmaker, the inclusion of so many colorful characters, not to mention the meandering roads they take, might come across as arbitrary and pointless.

In Riders, they serve a thematic purpose. Carnivalesque scenes aren’t there to surprise and disorient––although that’s important as well––but convey information. When a character does something surprising, like show their bare bottom in the middle of a picturesque Danish field or assemble an assault rifle in the blink of an eye, that’s not just there for cheap laughs; there’s a reason for the action. The viewers might not always get to figure out what that reason is. The characters themselves might not either. But it’s there, and that’s what matters.

Riders of Justice premiered at IFFR.