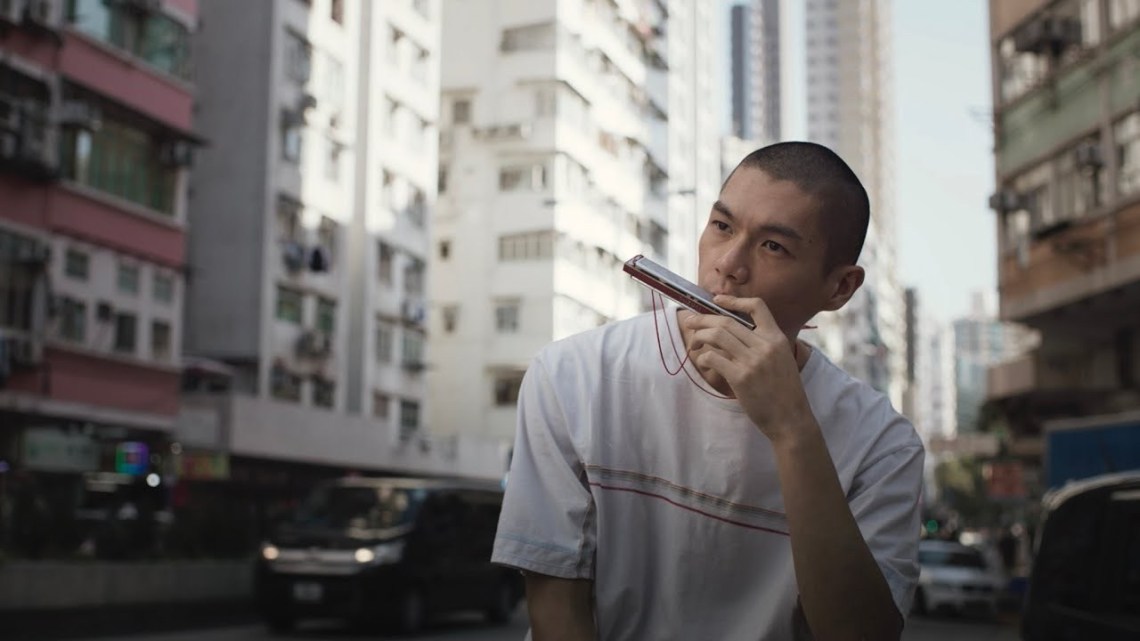 Surely, Fai must have dreamed of this movement when he was serving time in jail. The cold wind that travels across the free world threatens to blow out the light lit beneath the spoon. Finally, the liquid has begun to bubble. He fills the syringe and pulls down his jeans. With every drop he injects into his body, his eyes drift further and further away from reality. As soon as he’s gone, a caring neighbor covers his bare thighs with a dirty blanket.

Normally, dope costs a sizable chunk of one’s monthly welfare. This, however, is a special occasion. Among the homeless of Hong Kong, it’s customary to give someone their first hit on the house if they just got out of prison. It’s also a good way of making sure they don’t fix themselves up and get off the street. As Fai later explains: “We love company.”

A lot of films about homeless folks make one feel cozy, which is an interesting choice considering their subject matter. Both Tokyo Godfathers and Shoplifters present those who fell through society’s cracks as unfortunate yet resilient individuals whose resourcefulness often gives rise to a tight-knit community of various cultures, ethnicities, classes, and sexual orientations that couldn’t easily exist on the other side of the tracks.

While that familial positivism is certainly there in Jun Li’s Drifting––a movie about a homeless man who battles his dope addiction by building a makeshift village near the construction site of a luxury apartment complex––the focus seems to be on the ways in which a person cannot save themselves. When they are not being exploited by capitalism, they are either being haunted by demons or held hostage by the drugs they take to escape said demons.

Anyone who has struggled with substance abuse will know their experience is entirely unique, but there’s a lot to recognize in the story of these characters. Like the gradualness with which the distress melts from their faces when they chase the high. Or how life seems a little more loathsome when you’re craving your next fix. It feels real.

And considering Drifting is about a real, ongoing issue, that’s how it should be. Hong Kong is one of the most expensive places to live on earth because there isn’t enough land. Well, there technically is, but it’s in the hands of a government which develops it to maximize profits rather than standards of living. Here, the same amount of money you pay for a studio in Soho, Manhattan might––if you’re lucky––get you a bed large enough to lie down on.

The situation is so unusually dire that even those in the thick of it cannot help but take notice. Halfway through the film, Fai finds himself on a ferry going across the city. Gazing at the skyline––half of which consists of cranes and unfinished skyscrapers––he looks equal parts beaten and bewildered. Bewildered because he does not know why anyone wants to live here. Beaten because not a single one of those hundreds of thousands of vacant high-rise apartments has his name on the front door.

Drifting is a competent anthropological study about both the psychology of drug abuse and its relation to the incompetent urban planning policies that facilitate its spread among the young and vulnerable. The characters are distinct without feeling like caricatures, and they form a community that is as colorful as it is authentic. Most of all, the film tells a compelling story about people seeking shelter in an inhospitable world.